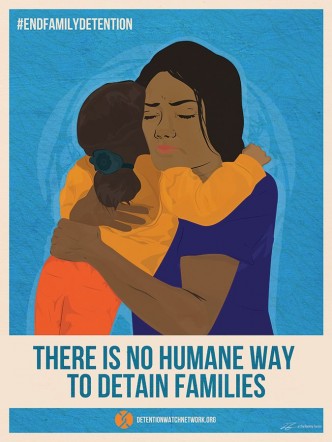 Since last summer, when the Obama Administration hastily resurrected the concept of family detention to jail refugee women and children seeking asylum, thousands of women and children have languished in inhumane conditions, have been refused meaningful access to counsel and interpreters, have been hurled through bond proceedings with predetermined results, and have been sent directly and expeditiously back to the danger from which they fled – all in violation of U.S. domestic and international legal obligations. To date, well over 2,000 women and children refugees remain in the family detention camps in Berks (71), Karnes (122), and Dilley (1,979).   Our friends at the National Immigrant Justice Center and the Women’s Refugee Commission have produced an interactive timeline tracking the history of family detention in the United States.

Finally, however, after a whole year of advocacy through hundreds of thousands of hours of pro bono legal representation, national sign-on letters from hundreds of non-governmental organizations with expertise in representing refugees, criticism of the Administration and its policy in the national press, and overwhelming support for the end of family detention on Capitol Hill, DHS has determined that reconsideration is appropriate for the custody decisions of arriving families who have established eligibility for asylum and other relief under U.S. laws . According to yesterday’s announcement, Immigration and Customs Enforcement will be evaluating the women and children in the family detention camps and will generally not detain mothers with children, absent a threat to public safety or national security, if they have received a positive finding for credible or reasonable fear and they have provided a verifiable residential address. Such eligible women and children will finally be released so they may pursue their claims for protection from persecution and torture in a more human setting – one that actually allows for access to counsel and interpreters, witnesses and evidence, family and emotional support, mental health care, and other tools that are essential to seeking protection in any meaningful way. In sum, the Administration has finally recognized that, once these mothers and children establish eligibility for asylum or other such relief under our laws, long-term detention is an inefficient use of our resources and should be discontinued.

Getting to this important first step to the end of family detention only took: 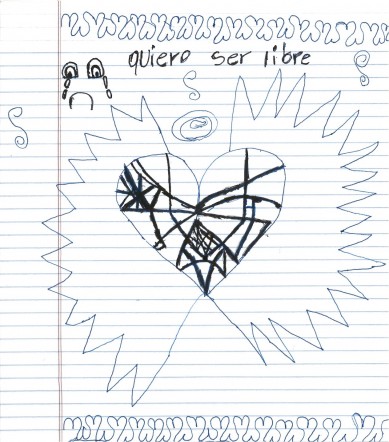 This embarrassing stain on America MUST END NOW.