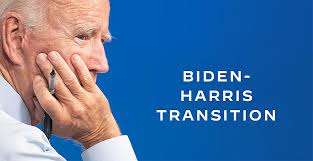 Hours before he takes the oath of office, President-Elect Joe Biden released details of the immigration bill his administration will send to Congress.  The fact sheet distributed by his office reveals a bold bill that provides a pathway to citizenship for 11 million undocumented people in the US, with priority for Dreamers, TPS holders and immigrant farmworkers.  The bill seeks to make more visas available and expand migration opportunities for Science, Technology, Engineering and Mathematics graduates.  The proposed bill would eliminate the one year rule for asylum and the three and ten year bars which have been an impediment to so many people regularizing their status.  Regrettably, the bill does little to reform the detention and deportation edifice and fails to insulate the immigration court system from executive abuse.  However, it abandons the common feature of Democratic efforts to appeal to conservatives through an increased enforcement regime.  It does not seek to couple progress on immigrant opportunity with a crackdown on immigrant rights.

It seems necessary to say that the bill is not likely to pass a very divided congress in its current form.  Anything that comes out of Congress is likely to be the result of the give and take of legislation.  This comprehensive bill may be broken into several smaller bills.  It may get nowhere.  But it starts the debate on terrain very favorable to immigrants and we welcome this bill on Inauguration Day.

Lots will be written about the bill.  We are going to highlight some of the key features as we see it:

There is some vague language about “fairness and balance” in the immigration courts “by providing judges and adjudicators with discretion to review cases and grant relief to deserving individuals.”  What that means remains to be seen.

This is a great start.  Much more needs to be done, especially in the realm of detention and deportation and in realizing independence and due process in the immigration courts.  But, for day 1, we look forward to the rest of the plan.