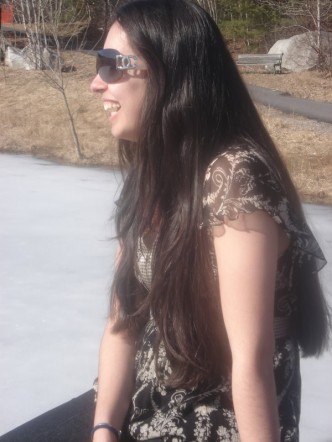 VM is our Client of the Month for May 2015. VM became a client of Benach Collopy attorneys starting in 2008, when she was detained upon her arrival at the airport from Brazil. Today, after seven years, fights with four immigration agencies, and three immigration applications (asylum, adjustment of status, and naturalization), VM is now a United States citizen. VM fled terrible violence in Brazil because of her gender and sexual identity, and arrived in the United States in search of protection. Rather than protection, however, she was taken into ICE custody and detained. BR attorney Dree Collopy represented VM at her credible fear interview, which VM passed, granting her the opportunity to seek asylum before an Immigration Judge at the Arlington Immigration Court. The challenge in VM’s case was convincing the Immigration Judge that things aren’t always as they seem. On the surface, Brazil may look like a desirable tourist destination or a place of country-wide celebrations like Carnival. However, for women like VM, it is a place where domestic violence is met with impunity and protection is nowhere to be found. After thoroughly documenting her case with corroborating and supporting evidence and preparing and presenting compelling testimony, the Immigration Judge granted VM asylum and she has been residing safely in the United States ever since, free to be herself and not someone else’s property. Like many refugees who came before her, VM has not taken the gifts of safety and freedom for granted. VM has truly flourished – becoming a lawful permanent resident of the United States, learning English, studying for her degree, falling in love and getting married, and (recently) bringing a beautiful baby girl into the world! VM became a U.S. citizen on March 25, 2015, just days before her daughter was born. One day, we know VM’s daughter will listen to her mother’s story and be awed by the courage and strength that brought her mother to the United States in search of protection.