“Asylum has been granted. Congratulations.” Those are the magic words that Judge David Crosland uttered on the morning of April 21, 2014. As he said those words, a flood of emotions overcame all of us. Happiness, relief, and excitement were felt throughout the small courtroom where Bill had just been granted asylum, twenty-three years after arriving in the United States. His mother and cousin, who were present at the time, could not contain their tears of joy as we hugged and celebrated the positive outcome of his case.

We met Bill on September 2013.  Only a week earlier, we had a chance to review his case file and study his immigration history for the first time. Bill greeted us with a smile; we shook hands and sat down with him to hear his story. His smile faded quickly as we delved into the general outline of his story. At first, Bill was reluctant to go into too much detail, and he made general statements about certain aspects of his life. It was at this point that we realized that our client was trying to block out some of the more painful moments of his life and he was hesitant to tell us about his current personal struggles. Fast-forward to April 2014; after several long nights, many discussions with our client and his family, and endless research, we knew our client’s life experiences as if they were our own. His story is filled with traumatic experiences, terrifying events, and personal struggles that few people ever encounter in their lifetimes, yet Bill overcame his own insecurities and fears and gained the courage to apply for asylum. Thanks to his determination, his family’s encouragement, and the amazing support team behind his two student attorneys, Bill is now able to celebrate his safety and freedom in the United States.

Bill came to the United States in 1991 fleeing the brutality of the First Liberian Civil War. Because of his father’s associations with Sierra Leone and his mother’s Americo-Liberian background, the family was perceived as supporters of either side and made them a target for any of the warring factions involved in the conflict. However, the most painful event that Bill endured was the day soldiers trespassed into his cousin’s house where they were hiding. The soldiers ordered the women to one side and lined up the men against the wall. As Bill stood against the wall, he pleaded for his life and heard his mother do the same. The soldiers did not listen to reason and beat the men with their weapons, but just as the soldiers were getting ready to execute them, the ECOMOG peacekeeping forces arrived. The soldiers relented from their attempt to execute the family and the ECOMOG forces transported the family away.

After that incident, Bill’s family decided to escape Liberia. Bill and his younger brother were sent to the United States to live with their older brother and sister. After arriving in the U.S., Bill suffered from intrusive flashbacks, nightmares, exaggerated startled responses, anxiety, and various other symptoms associated with Post-Traumatic Stress Disorder (PTSD).

As if suffering through a brutal civil war was not enough, Bill also had to deal with his own personal struggles. During his teenage years, Bill began to realize that he was not like the other boys his age. While the other boys talked about girls and had girlfriends, this was a topic that did not interest him. He pushed his emotions and confusion aside and decided to focus on academics and athletics at school. As he grew up, he began to think that he was gay, but this thought scared him because he knew what happened to anyone who was perceived as gay in Liberia. He was haunted by his uncle’s story of being brutally beaten, arrested, and detained for almost a week in Liberia because his persecutors perceived him as gay. Bill knew that Liberian society was not open to homosexuality and he did not want to put himself in that position, so he denied his own identity, refused to accept his true self, and suppressed his feelings towards men. 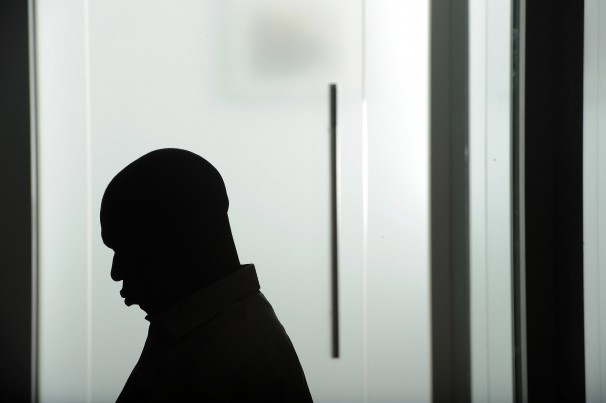 Then, in 2012, Liberia introduced two bills in their legislature that would make homosexuality a crime. These laws were used as a rallying point by several politicians and it spurred intensified homophobic sentiments in the streets. Several organizations reported that Liberian sexual minorities were being discriminated against, stigmatized, harassed, and subjected to violence by neighbors, friends, strangers on the streets, and even family members. Whenever one of these victims attempted to seek protection from the police, the Liberian National Police would either ignore their requests or charge them with engaging in “deviant behavior” and arrest them. The Human Rights Watch report on Liberia and the LGBT community highlights these incidents with the police. One particularly compelling story came from the report. Hassan, a 23-year-old gay man, said “he considered the police to be complicit perpetrators, in demeaning and insulting victims and their friends. He recalled an incident in which he was detained together with his friend Leroy after reporting being attacked by a gang of neighborhood boys. He said the police disregarded his report and concentrated on the counter allegation about their sexual orientation. [He said] ‘I have lost all faith in the police. They act like gays deserve the abuse and humiliation.’” With the backdrop of this intensified homophobic atmosphere in Liberia, Bill began to fear for his safety if he had to return to Liberia. It was not until 2013 that Bill finally accepted his true self and worked up the courage to tell the person he loved most about his sexual orientation. Bill was nervous when he told his mother, but once he saw that she loved him and accepted him regardless of who he was, he felt a like huge weight had lifted off his shoulders. 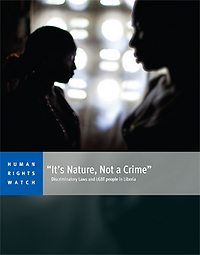 Shortly thereafter, Bill began the process of applying for asylum. When we first met him, he had a happy-go-lucky attitude that did not fully reflect all the experiences he had endured up to this point. He always brushed aside questions about his time in Liberia during the civil war and his own sexuality. It was a long process, but week after week, we met with him and slowly gained his trust, discussing all the details of his case.

We spent almost eight months preparing for that one day, April 21st, the day that would decide our client’s fate. We collected every piece of evidence necessary to meet our burden of proof that Bill had a subjectively genuine and objectively reasonable fear of going back to Liberia. We also reached out to several experts on Liberia and LGBT issues, as well as respected psychiatrists who were willing to donate their time and expertise to strengthen our case and assist Bill in overcoming an over 20-year filing delay.

On the day of the hearing, we were ready for every possible scenario that the DHS attorney and the immigration judge could throw at us. We reviewed our closing arguments with our supervisors while Bill silently sat with his mother and cousin, who had come to testify on his behalf. He was clearly nervous the whole ride to Baltimore; he barely spoke. He kept repeating that he wanted it all to be over soon. We had been preparing for this day for many weeks, and when we heard the DHS attorney say she would stipulate to asylum, we almost could not believe our ears. All of our efforts to prepare the best case possible had paid off. For us and for Bill, it was vindication of so many late nights, excess of caffeine, and several months of arduous work solely focusing on our client. It was the best result we could have ever hoped for, and we learned a very valuable lesson that we will carry with us into our careers: win the case before setting foot in the courtroom.

We have so many anecdotes of our time working with Bill and his family while building our case for his asylum claim. While we would like to share them all, we will leave you with one of the most recent ones. As we drove back from the Baltimore Immigration Court, after Bill was granted asylum, a song played on the radio called: “On Top of the World” by Imagine Dragons.

Shortly thereafter, Bill started singing the lyrics to the song, and a flow of emotions consumed us all. There is, literally, no better description to how we all felt at that moment – on top of the world! Few things in life can give you greater satisfaction than how we felt that day. To make such a remarkable difference in Bill’s life is more than we could have asked for, and while we helped make his life better, Bill made a difference in our lives too. He taught us that, despite the many challenges that life can place in front of us, hope, courage, and perseverance must never die.