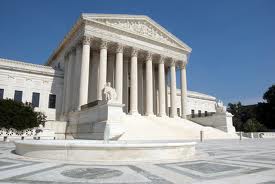 Last week, we told you about two cases that the U.S. Court of Appeals for the 4th Circuit heard oral arguments on.  As we discussed, these cases will go a long way towards setting the law on what constitutes a particular social group for purposes of asylum.

One of these cases, Martinez, dealt with the issue of whether a former gang member can be granted protection in the U.S. because of a clear likelihood of persecution because of his status as a former gang member.  In Martinez, there is no doubt among the government or the courts that he will be harmed if he returns to El Salvador.  The question is whether he falls within a group meriting protection under U.S. asylum law.  The Board of Immigration Appeals said that Congress did not intend for someone to gain protection in the U.S. because they were once part of a criminal enterprise, which the Mara Salvatrucha certainly is.  The BIA reasoned that a person should not be able to get a benefit like protection for removal because of involvement in a gang and that gang membership is not what Congress had in mind when it allowed for protection for members of particular social groups.  Mr. Martinez’s lawyers, a very talented group led by FOBR Maureen Sweeney of the University of Maryland Law School Immigration Clinic, argued that Congress established a number of bars to asylum and withholding of removal and that previous gang membership was not among them.  Had Congress wished to exclude such individuals, it could have easily specified in the statute.  Martinez argued that the BIA created a bar to asylum and that was, in fact, Congress’ job, and not the Board’s.

Those arguments, made in briefs to the 4th Circuit, framed the argument held last Thursday.  Maureen Sweeney argued for Mr. Martinez and FOBR Ben Casper argued for the American Immigration Lawyers Association, which filed a brief supporting Mr. Martinez’s claim to protection.  After the hearing, Maureen emailed the following report:

We had oral argument this morning, and I’m not one to draw overly optimistic conclusions from such things, but I will say that two of our 3 judges seemed to really get what the case was about. Our panel was Judges Wynn, Neimeyer and Flanagan (sitting by designation). Judge Neimeyer pretty much spent 40 minutes arguing our case for us – completely got the analytical distinction between current and past gang members, and spoke admiringly of how our client was trying to do the right thing and be a person of conscience, and how they’d just kill him for it if he had to go back. Judge Wynn seemed concerned about being asked to actually find all the elements of particular social group, but he didn’t seem to object to the idea of finding immutability and remanding the case for the BIA to do the rest of its job. Judge Flanagan was the hardest to read. Ben Casper from AILA did a great job pointing out how the Bd decision just adds to the chaos that is PSG jurisprudence right now. Judges seemed uninterested in whether initial membership in the gang was voluntary or not – they seemed to get that once the person left, that became the defining characteristic. And they didn’t seem particularly worried about letting in a bunch of bad guys. As Judge Neimeyer said, “That’s what you have all those bars in the statute for.” We will, of course, see what their decision says when they get around to writing it.

Thanks to all of you for all your help and support with this case and this new adventure in appellate work for me and our clinic. It made a big difference to me to feel like we had the support of such a great community behind us.

And the interesting trivia fact of the day is that we believe we were arguing in the courtroom where Jefferson Davis was tried after the Civil War. So if anybody ever asks you what Julio Martinez and Jeff Davis have in common, now you know!

A very encouraging report, to say the least.

A bit of bad news is that, on the day the case was argued in Richmond, the Court of Appeals for the First Circuit sitting in Boston issued a terrible decision on the same issue. In Cantarero v. Holder, the First Circuit held, “The BIA reasonably concluded that, in light of the manifest humanitarian purpose of the INA, Congress did not mean to grant asylum to those whose association with a criminal syndicate has caused them to run into danger.  Such recognition would reward membership in an organization that undoubtedly wreaks social harm in the streets of our country.”  It then added, preposterously, that recognition of such a social group “would, moreover, offer an incentive for aliens to join gangs here as a path to legal status.”  In rejecting protection, the 1st Circuit set up a circuit split between itself and the 7th Circuit and the 6th Circuit which had already concluded that former gang membership was a legitimate particular social group for asylum purposes.

Whatever the 4th Circuit does in Mr. Martinez’s case, it appears that this issue is teeing up for a showdown at the Supreme Court.