*Lily Hamilton is an intern at Benach Collopy where she works on asylum issues, LGBT immigration issues, and the fine art of satisfying the Immigration Court Practice Manual. 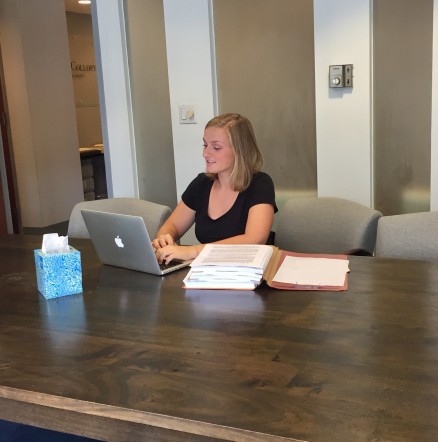 I stumbled across an article awhile back on the New York Times site that sparked my interest. As a native Iowan, naturally any article from the Times mentioning my home state would give me pause. As a summer intern at Benach Collopy, the article’s focus the positive ways immigrants have impacted a community near my home town truly sparked my interest.

The article chronicles the effects of immigration in Storm Lake, a small town of about 11,000 in Northwest Iowa. Iowa’s population is largely homogenous — 88.7% of its citizens are white. Storm Lake, on the other hand, has a rich history of immigration to thank for its majority minority population including members of the Latino, Hispanic, African-American, Native American, Pacific Islander, and Asian communities. A large influx of immigrants over the course of approximately 40 years has helped Storm Lake to thrive while many communities in Iowa are declining.

The Times explains that immigrants have come in various waves to Storm Lake, often filling demanding positions in meatpacking plants that require long hours, uncomfortable conditions, and higher than average workplace dangers. A white resident of Storm Lake and former meatpacker explains that industry mandated wage cuts drove many Storm Lake natives from their positions. The resident emphasized that immigrants did not drive down wages as public discourse may suggest. Moreover, many of Storm Lake’s immigrants have used their positions as starting points for their families, using their income to start their own businesses or purchase homes and cars for their families.

The article goes on to mention Steve King, Storm Lake’s representative to U.S. Congress and an ardent immigration opponent. As I scrolled through his page, I noticed that King takes pride in a rigid anti-immigration agenda, often authoring, sponsoring, and vocally supporting bills in Congress that would deter immigration, restrict immigrant rights, or make the immigration and asylum processes even more confusing than they already are for immigrants. King stands out amongst Iowa’s legislators with particularly inflammatory comments about undocumented immigrants despite the great successes of immigrants in Storm Lake. While King is Iowa’s most outspoken federal legislator against immigrants, only one of the state’s six legislators, Representative Dave Loebsack of the second district, stands on immigrants’ sides. Furthermore, the former governor, Terry Branstad, had a reputation for cutting support for refugee acclimation services throughout his tenure.

Iowa’s legislative makeup makes me question my understanding of my home. I was born and grew up in Iowa, and now I attend college in my home town. I have a lot of pride in my home state and its citizens. Throughout my youth, I learned that Iowans are kind, generous, hardworking, and humble people. But when I started school and learned that many of my classmates of different races, ethnicities, and backgrounds felt unsafe leaving campus and entering the community, I began to question my understanding of the town I grew up in and how I fit into it. I began to realize that the place that I know and love as home can feel like a hostile environment, especially for those leading their daily lives with an underlying fear of deportation in the Trump era. 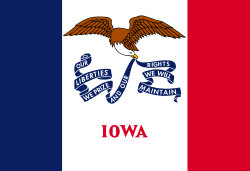 My newfound understanding of my community coupled with the current political atmosphere show that my home may not be as friendly to immigrants as I hope it could be. However, the example of Storm Lake and many other small towns across the country give me hope for the future of immigrants in rural communities. Immigrants fill niche jobs in agriculture and industry across the United States, contributing to the U.S., state, and local economies and maintaining the health of local farms. They have the potential to bring new perspectives and growth to small communities in Iowa who tend to lack diversity and suffer decline.

While the case of Storm Lake may be an outlier in rural America, it is a striking example of unification amidst national political and social division and of growth in the face of rural decline. Perhaps Iowa’s legislators should reevaluate their stances on immigration and begin to acknowledge its potential to benefit their communities. I would much rather live in a state that embraces hardworking, resilient individuals than one that foolishly opposes them out of fear.