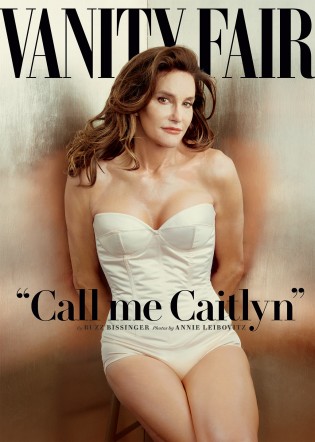 Much of the world rejoiced yesterday upon seeing the photos of Caitlyn Jenner’s exquisite transformation on the cover of the June issue of Vanity Fair.  Much of the commentary I saw focused not so much on her physical appearance, but how she looked at peace and contented to be herself.  As an immigration lawyer who has represented many trans asylum seekers, I know and have seen that look.  But I also know the looks of fear, pain and trauma that lead so many millions of immigrants to flee their homeland and undertake the difficult and uncertain journey to the U.S. to seek protection and a chance to be the human being that they know they are and can be.

This is reflected very strongly in the trans community.  If there is a universal truth, it is that trans people are persecuted all over the world.  Very few countries provide any legal recognition or protection to trans individuals.  Violence against trans individuals is and accepted and tolerated part of many societies.  I have heard stories of rapes, beatings, rejection by families, humiliation and violence by the police and murder of friends and loved ones.  The level of violence visited upon people with non-conforming gender identities is unimaginable to most people.  Yet, this violence never changes the essential truth they know about themselves- that they are of a different gender than they were assigned at birth.  And it is this conviction (as well as the desire not to be killed) that drives them to seek protection in the U.S.

The truth is, however, that the suffering does not end when they arrive in the U.S.  Individuals who show up on the border or at an airport and request asylum are detained by the Department of Homeland Security until they can convince an officer of the immigration service that they have a credible fear of persecution based upon their gender identity.  Even if they do demonstrate the credible fear, the DHS has nonreviewable authority to detain them for the duration of removal proceedings where they can present their claim of asylum to an immigration judge.  It is estimated that on any given night DHS is detaining 75 trans women.

Immigration detention is not some form of “lite” incarceration.  It is jail, with bars, rules, orange jumpsuits, and a culture of violence.  Trans women are often detained with men, where the risk of sexual violence is great.  Trans women have been beaten, raped and sodomized in ICE facilities.  In some cases, it was guards that did those things.  A woman who complains of that treatment often gets isolation “for her protection.”  Recent scholarship has demonstrated that prolonged solitary confinement produces reactions in people similar to more conventional torture.

We recently heard about the plight of Nicoll Hernandez-Polanco, a Guatemalan trans woman who has been released from custody after 6 months in a male detention facility in Florence, Arizona based upon her  grant of asylum  According to the Transgender Law Center: 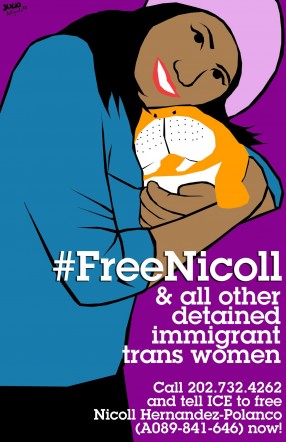 In her first month in detention, Nicoll was patted down 6-8 times a day by male guards, who Nicoll reported would grope her breasts and buttocks, make offensive sexual comments and gestures, and sometimes pull her hair.   In addition to physically harassing Nicoll, ICE staff routinely verbally abuse her because of her gender identity.  Nicoll has informed her attorneys that she has been called slurs including “f***ing gay,” “bitch,” and “the woman with balls” in front of other detainees.  Her attorneys witnessed a female guard refer repeatedly to Nicoll as “it”. Nicoll was recently punished by ICE for standing up for her human dignity by being placed in solitary confinement for “insolence.”

In addition to the harassment of the guards, Nicoll is also particularly vulnerable to abuse from male detainees.  Nicoll is required to shower with, use the restroom with, and sleep in the same room as men.   As a result, in early December, Nicoll was sexually assaulted by another detained immigrant. Despite immediately filing a complaint that facility staff has purportedly been investigating, the conclusions of any investigation have not been disclosed to Nicoll.   Nicoll also stated that even though her attacker was initially separated from her, the two were later housed in the same sleeping unit temporarily.

Nicoll’s experience is very similar to the experience of Marichuy Leal Gamino, a Mexican trans woman who spent over a year in DHS custody in Eloy, Arizona.

[Gamino] was sentenced to a year in Arizona State Prison in Yuma for drug charges. ‘I was going through a lot of problems with my family because they wouldn’t accept me for who I am, a trans woman,’ Marichuy said. After serving a year in prison, she was deported to Mexico because of her immigration status. 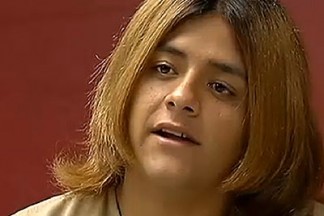 After being deported, Marichuy was tortured in Nogales, Mexico because of her identity as a transgender woman. She was stabbed and has a scar on her head where she was attacked. She fled to Agua Prieta, Mexico, but her attackers were following her, so she presented herself at the Douglas, Arizona border to seek asylum in the U.S. Rather than encountering safety, she was immediately sent to the CCA-operated Eloy Detention Center in May 2013 where she was placed in a unit with 250 men. She was repeatedly called ‘faggot’ by the men she was detained with, which the guards ignored. There was no privacy for showers, and Marichuy recounts that the guards and other detained men would watch the trans women while they showered. She and other transgender women would try to put up a curtain when they showered so the guards and other men wouldn’t be able to see them, but they were written up for doing so. 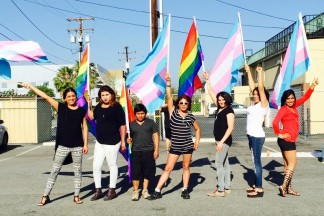 Last week, a number of trans women staged a civil disobedience action to block entry into the Santa Ana City Jail, where DHS houses detainees.  Activist Isa Noyola wrote about her decision to face arrest to agitate for human rights: “Today I am proud to put my own liberty on the line to advance liberation for all trans immigrants. That doesn’t just mean 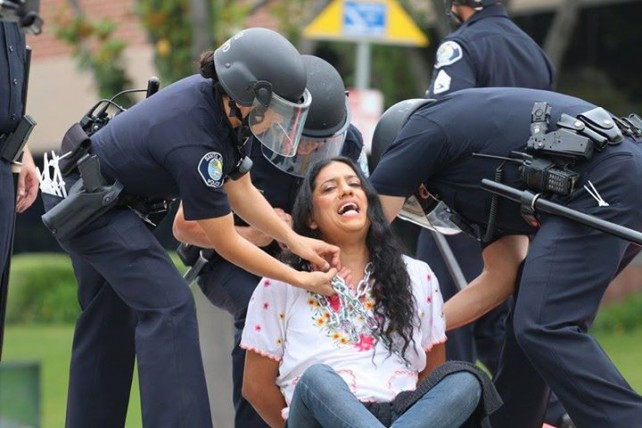 ending the horrifying abuses transgender women face in immigration detention, although that is a huge part of it. It also means ensuring trans immigrant women are able to live and thrive in this country after they are released from detention”

I am not surprised by that courage.  I have seen it in the many trans women who have believed enough in the promise of America to flee the violence of their homeland, make the treacherous journey to the U.S., and endure violence and humiliation in U.S. prison.  All for a chance to live authentically.  As we celebrate the joy of Caitlyn Jenner, let’s remember these many women whose struggle is just as compelling and a whole lot more dangerous.

2 thoughts on “Cheer Caitlyn, But Learn About Nicoll and Marichuy”