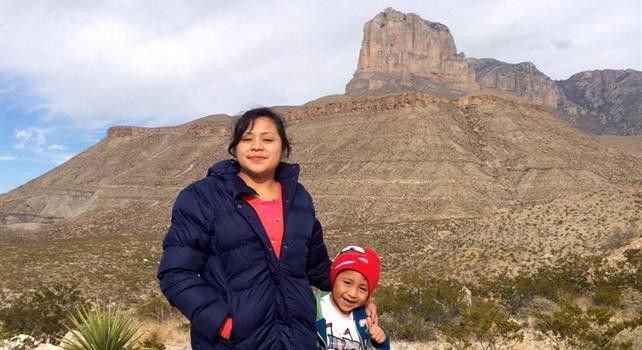 At a time of year when we honor togetherness and fresh starts, we are comforted to know that Benach Collopy clients, Kira and her four-year-old son Ricky, have finally been granted asylum and are reunited with their husband/father, Andre, here in the United States.* This family of faith was torn apart by targeted and systematic violence at the hands of the M-18 gang, the de facto government in Guatemala, all because they preached about peace and encouraged non-violence in their community – in the eyes of the M-18, a message of disloyalty and dissidence that needed to be eradicated.

In 2010, Kira and Andre, a deacon in the local church and the M-18’s main target, decided that he should flee in an attempt to save the family and protect their unborn son Ricky. They believed and hoped that Andre was the gang’s only target; they were wrong. Immediately following Andre’s escape to the United States, the gang began its relentless pursuit and persecution of Kira and their son because the gang believes that families breed disloyalty. They threatened her with rape and murder, restrained her and beat her face bloody on multiple occasions, threatened to cut her unborn son out of her belly, threatened to kidnap Ricky after he was born, and grabbed and held Ricky at knifepoint on multiple occasions. The gang made their reasons clear: Andre, a man of faith who preaches his message of peace and non-violence against their way of life, is their enemy who must be targeted and punished for his disloyalty and dissidence. Since Andre was no longer available to target and punish, Kira and their young son Ricky would be his proxy. By harming them, the M-18 could continue to harm Andre and punish him for his message of peace and non-violence – his disloyalty and dissidence. Kira went to the police twice, begging for help, but they turned her away, refusing to provide meaningful protection. After first escaping to her sister’s home, the gang pursued and found Kira there, held her four-year-old son Ricky at knifepoint, and threatened them again. With no place to hide, Kira and Ricky fled to the United States in search of safety. 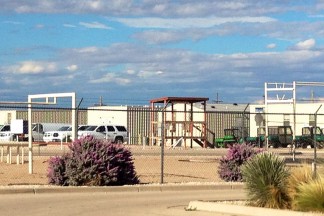 After four years filled with horrific and nearly daily violence, followed by a harrowing journey to the United States, Kira and Ricky sought help from a U.S. immigration officer to beg for protection. Instead of help, these refugees were among the first to be detained at the Federal Law Enforcement Training Center in Artesia, New Mexico, a makeshift detention facility in the middle of the desert, hidden out of sight and out of mind as the Obama Administration sanctioned a series of procedures meant to deport them as quickly as possible right back to the danger from which they had fled. But the arrival of the American Immigration Lawyers Association’s pro bono project halted the deportation of Kira, Ricky, and the hundreds of other mothers and children detained in Artesia. Benach Collopy Partner Dree Collopy spent a week volunteering in Artesia to provide pro bono legal services to women and children. While there, she met Kira and Ricky and was inspired by their courage and strength. She took their case pro bono, demanding compliance with U.S. and international law and due process on their behalf.

After five months of detention in inhumane conditions, two lengthy bond hearings, one status hearing, three hearings on the merits of their asylum claim, generous donations to secure an expert witness, Dree’s several trips to Denver and Artesia, and hundreds of pro bono hours by Benach Collopy and the volunteer AILA attorneys on the ground in Artesia, Kira and Ricky have been granted asylum and released from detention. They are finally safe and have been reunited with Andre in the United States. 2015 is going to be a good year.