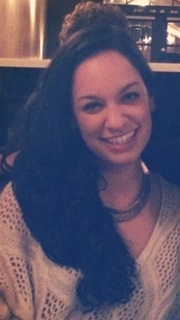 This blog post was written by Paulina Vera, a student at George Washington University Law School, who is part of the Law School’s outstanding immigration clinic.

On October 10, 2014, my client, S-G-L-, was granted asylum by Immigration Judge Paul W. Schmidt of the Arlington Immigration Court. S-G-L- fled Honduras in 2009 after her domestic partner attacked her with weapons and repeatedly beat and raped her. S-G-L- feared that her abuser would find her if she were to move elsewhere in Honduras and for that reason she made the decision to flee to the United States. Unfortunately, S-G-L- had to leave behind her 10-year-old daughter.

S-G-L-‘s hearing only lasted about ten minutes. But those ten minutes took years of preparation and I personally worked on the case for a little over three months. The GW Law Immigration Clinic first began to represent S-G-L- in the fall of 2011. However, because her hearing was rescheduled twice, S-G-L- had to wait years before appearing before the court.

Several of S-G-L-‘s former student attorneys attended her hearing. In fact, S-G-L- joked that she had never been surrounded by so many attorneys before. Their presence helped ease my nerves and I was reminded of just how lucky I was to have their support throughout the entire process. S-G-L-‘s former student-attorneys include Diane Eikenberry, Rachael Petterson, Denisse Velarde-Cubek, Gabriela Muñoz, Kelly Rojas, and Aimee Rider. They helped in many different ways, including putting together S-G-L-‘s affidavit, obtaining her work authorization, and gathering medical reports.

By the time I was assigned to S-G-L’s case, the main tasks left were to put together the pre-trial filing (PTF) and to represent S-G-L- at her individual hearing. My first challenge arose when I reviewed S-G-L-‘s approximately 30-page affidavit with her. Though I am fluent in Spanish, I found it difficult to find the right words to discuss the traumatic experiences S-G-L- had endured. As previously mentioned, S-G-L- had suffered years of abuse at the hands of her domestic partner. This was not a topic that I was used to talking about in Spanish. Thankfully, S-G-L- was incredibly patient with me. We were able to communicate by explaining concepts or words in several different ways and sometimes, even by using gestures.

I encountered another challenge in putting together the behemoth of a pre-trial filing. By the time I was done putting it together, it was a little under 300 pages, which is actually on the shorter side as far as Clinic PTFs go. There were so many details that I had to pay attention to at once – Did my cover letter succinctly and accurately explain why the elements of asylum were met? What information should I highlight in the table of contents? Was there enough information in the affidavit? Was there too much? In addition to all of these questions, I had to figure out all of those practical things you don’t learn in a law school classroom; for example, how to correctly number, copy, and file copies of the PTF to the Court and to Immigration and Customs Enforcement (ICE).

However, the preparation for my direct examination was the biggest challenge I faced. I was understandably nervous going into the moot of my hearing but I struggled to push past those nerves even as the moot went on. I kept trying to ask what I thought would be the “perfect” question and I would pause all too often to think about what answer I was trying to elicit from my client. No matter what point of my client’s testimony we started at, I just could not seem to get the hang of it. By the end of the moot, I was frustrated and disappointed in myself.

The feedback I received from my supervisors and fellow student-attorneys after my moot helped tremendously. They reminded me that I had all the reason to be confident in myself – I had spent months preparing S-G-L-‘s case and knew the PTF backwards and forwards. My supervisors, Professor Alberto Benitez and Jonathan Bialosky, advised me that there was no such thing as the “perfect” question. They also reminded me that in immigration court, a direct examination was more conversational, so I should not force it so much. Previous student-attorney, Rachael Petterson – who was kind enough to play the role of Immigration Judge at my moot – told me that there was nothing wrong with the way I felt and she shared that she too felt the same frustrations at her first moot.

Ultimately, I did not h 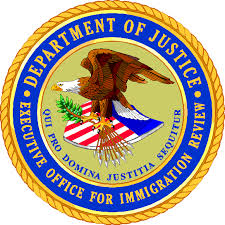 ave to conduct my direct examination at S-G-L-‘s hearing. Yet I was ready for it. When I entered the courtroom on October 10th, I was still nervous, but no longer in a way that was debilitating. Keeping in mind all of the advice that had been given to me, I felt more confident at the actual hearing. These are lessons that I will certainly use in practice after I graduate.

Another lesson I learned in preparing for S-G-L-‘s hearing was the importance of working with the DHS trial attorney. A week before my hearing, I reached out to Ms. Jill Parikh to see if we could discuss any issues in the case. After she returned my call and outlined the various issues

she had flagged, my supervisors and I felt confident that those specific issues had been addressed by the PTF. Therefore, before the hearing I approached Ms. Parikh and asked her if she would be willing to move straight to her cross-examination, which she agreed to. After her brief cross-examination, Ms. Parikh did not oppose a grant of asylum.

At the hearing, I learned that winning asylum is also very much dependent on the adjudicator. Judge Schmidt carefully reviewed the pre-trial filing before the hearing and was familiar with the horrific facts of the case. After he granted S-G-L- asylum, he took the time to address S-G-L- and advised her to “do good things for [herself], her daughter, and the country that granted [her] refuge.” His words moved S-G-L- to tears and she repeatedly thanked him. He also reminded S-G-L- to thank her student-attorneys and Ms. Parikh. I am grateful for Judge Schmidt’s kind words regarding my pre-trial filing.

I am grateful to the GW Immigration Clinic for the opportunity to help S-G-L- seek safety in the United States. There are many people in my support system that I want to thank. I would like to thank my supervisors, Professor Benitez and Mr. Bialosky, who answered my many, many questions, set up moot hearings, and gave me invaluable feedback on my pre-trial filing and my hearing preparation. I would like to thank all of S-G-L-‘s prior student-attorneys for putting countless hours of work into this case and for being a comforting presence in the courtroom on the day of S-G-L-‘s hearing. Many thanks to my fellow student-attorneys as well for their encouragement and their willingness to help out at S-G-L-‘s moot hearing. I would like to thank Professor Maggs for observing the hearing and for his continued support of the work the Clinic does. Finally, I would like to give a big thank you to S-G-L- for being the best first client I could have asked for. S-G-L- suffered unimaginable persecution in her home country and I am inspired by her strength and her perseverance.