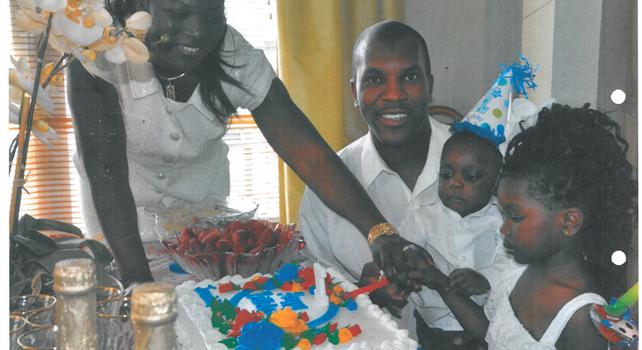 Kwabena Boateng arrived in the United States from Ghana three days before September 11, 2001, when he was just 15 years old – he learned of the attacks as he was being transported from New York to an ICE detention center outside Philadelphia – a frightened teenager in a world that had just become even more frightening.  On September 5, 2014, almost exactly 13 years later, Kwabena received his permanent residence. The thirteen years between his arrival and permanent residence included interactions with INS, USCIS, CBP, ICE, and the immigration courts, and covered the full spectrum of immigration proceedings including parole, detention, removal proceedings, family-based petitions, revoked approvals, hardship waivers, Deferred Action for Childhood Arrivals (DACA), requests for evidence, proposed denials, administrative appeals, continuances, and – above all – persistence on the part of his dedicated attorney, Dree Collopy.

Kwabena was sent to the U.S. by his mother, who was terminally ill and could not take care of him, with the intent that he was to live with his older sister, who had legally adopted him.  Unfortunately, in her desperate attempt to provide for her son, Kwabena’s mother encouraged him to secure a photo-switched passport, and Kwabena was stopped upon entry at JFK airport.  He was paroled into the U.S., and his sister filed an immigrant relative petition on his behalf, which was approved.  Over the next several years, Kwabena resumed attending school, began to work, and live his life in the U.S.  He met and fell in love with Joyce, a sweet and friendly nursing student.  They were married in 2008.  However, seven years after approving his sister’s petition, USCIS revoked its approval, incorrectly claiming that the siblings’ adoption was not legal, and Kwabena was placed into removal proceedings.  Joyce filed an immigrant petition on Kwabena’s behalf, in an effort to overcome the revocation of his sister’s petition.  Removal proceedings were continued for two years and eventually were administratively closed as Kwabena and Joyce sought approval of Joyce’s petition at USCIS.  For the next six years, Kwabena, Joyce and Dree battled USCIS on multiple fronts: delayed interviews, requests for evidence, “notices of intent to deny,” USCIS insistence that Kwabena file a waiver to address the photo-switched passport that was presented under duress as a minor, and multiple administrative appeals…all while working and attending nursing school and raising two beautiful children.  Their persistence paid off after thirteen challenging years.  We are often implored to “never forget” the events of September 11, 2001 – Kwabena’s journey and its ultimate happy ending is an equally insistent reminder to “never give up.”  Congratulations Kwabena and Joyce!