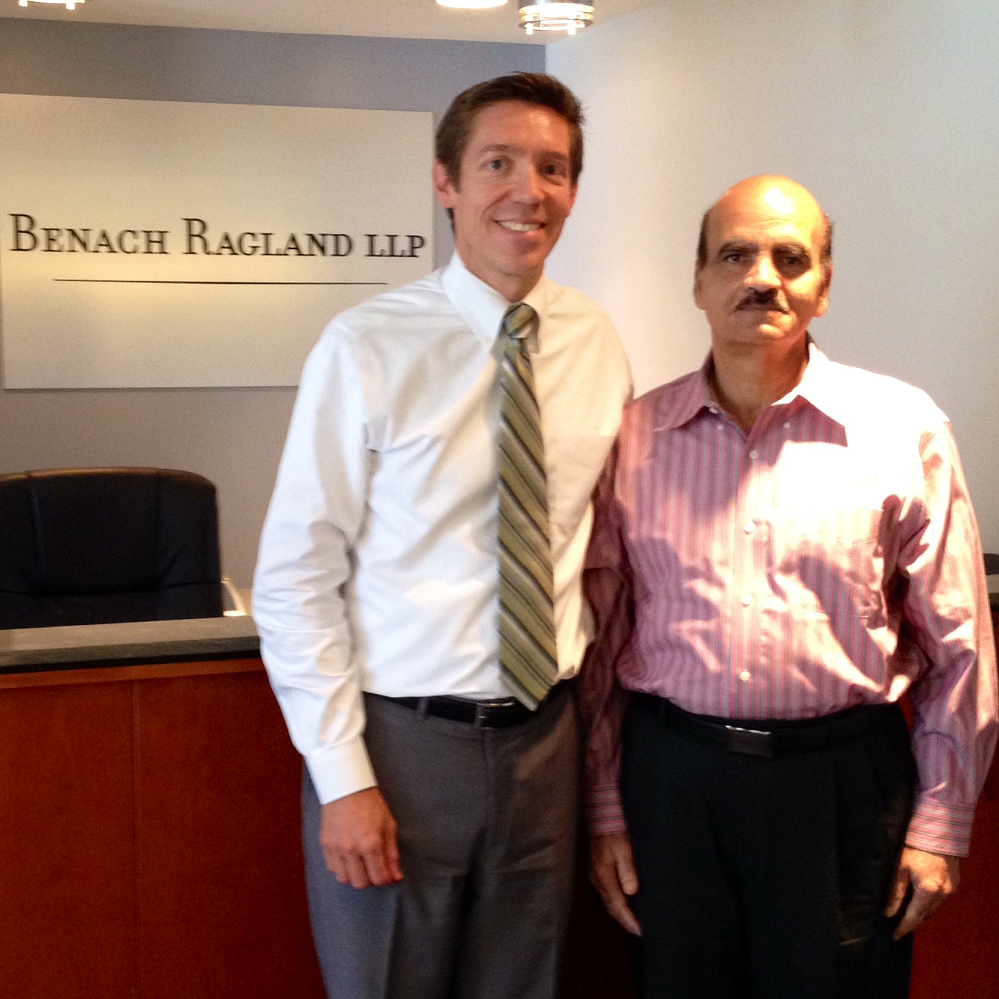 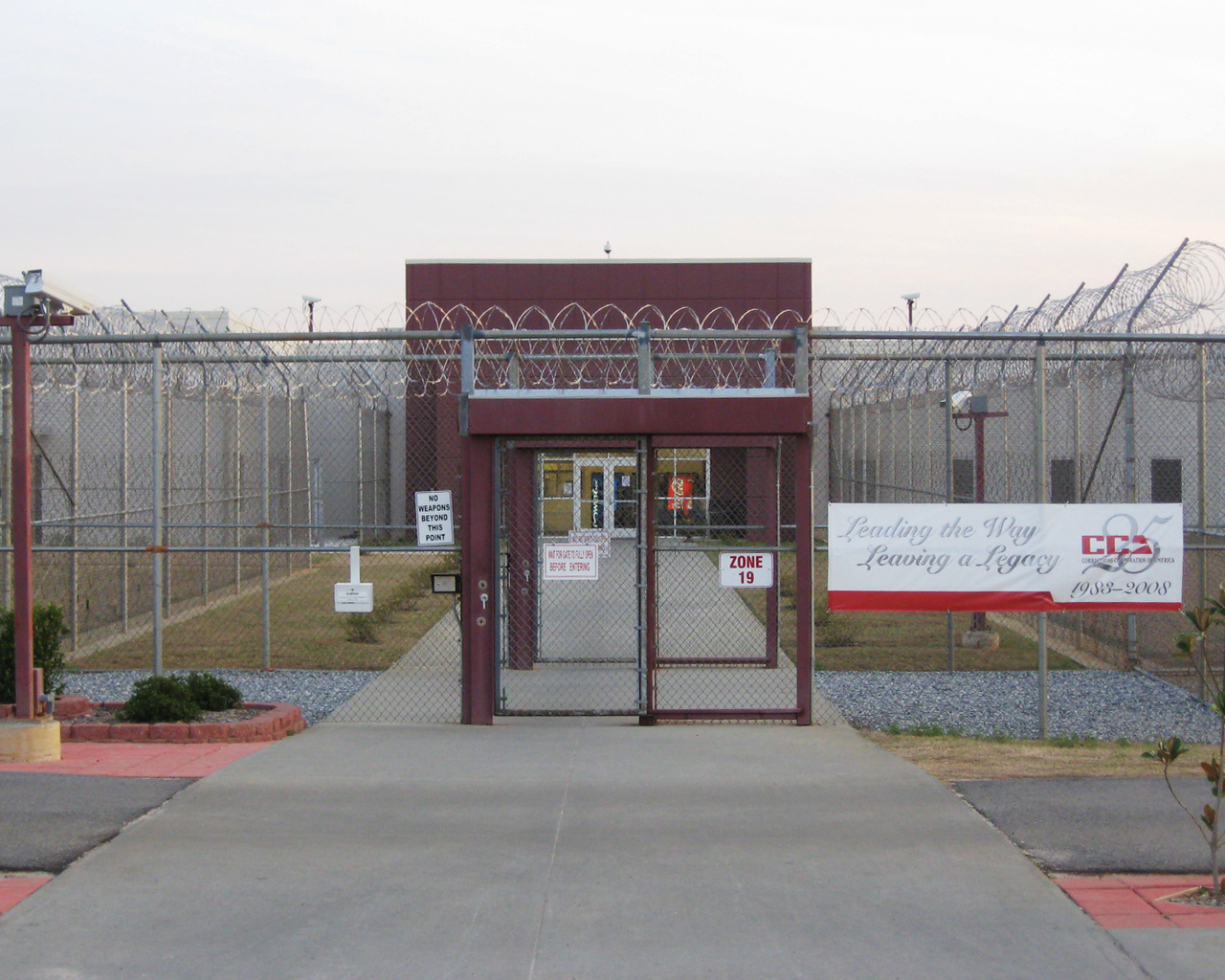 Mr. Hamid has never been arrested, charged, or convicted of any crime – in the U.S. or elsewhere. He fled Pakistan in 2000 to escape extortion and death threats from a group of thugs associated with the Jamaat-e-Islami political party. When he appeared before an Immigration Judge (IJ) in Atlanta in April 2013, Mr. Hamid applied for permanent residence – a green card – based on an approved visa petition filed by his adult U.S. citizen son. But then his case took an unusual turn. The lawyer representing the Department of Homeland Security (DHS) argued that Mr. Hamid’s actions in Pakistan in 1998-99, when he was assailed by representatives of Jamaat-e-Islami and forced on threat of death to pay a “jaga tax,” amounted to material support for terrorism – rendering him ineligible for a green card, deportable from the U.S. with no relief, and subject to mandatory detention by U.S. Immigration and Customs Enforcement (ICE). According to DHS, certain “evidence” (obtained primarily through internet searches) demonstrated a link between Jamaat-e-Islami – a fundamentalist political party in Pakistan – and Hizb-ul-Mujahideen – a militant group fighting to establish an independent Islamic state in Kashmir, India. The IJ agreed, ordered Mr. Hamid deported, and ICE agents immediately took him into custody and transported him from the court to his new digs at the Stewart Detention Center. Mr. Hamid and his family were stunned and distraught, unsure what had happened or how to correct such a grievous error.

In addition to extensive background research, numerous written briefs, and hours of in-court testimony, we deployed a secret weapon that proved crucial to our defense of Mr. Hamid. Pakistan’s former Ambassador to the United States, Mr. Husain Haqqani, is 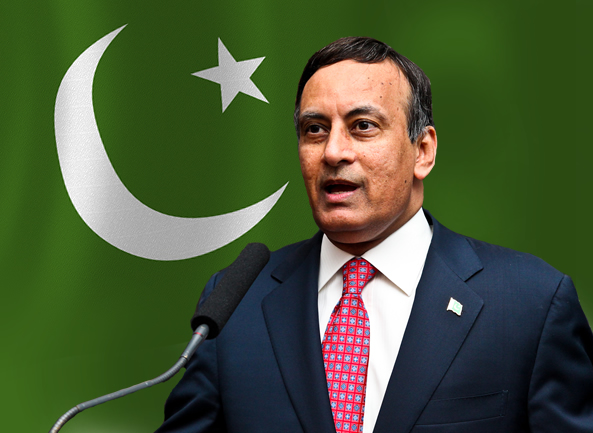 among the world’s foremost authorities on the politics, history, and economy of Pakistan. He has advised four presidents, held various high-level posts over a long and distinguished diplomatic career, and recently authored a best-selling book entitled Magnificent Delusions: Pakistan, the United States, and an Epic History of Misunderstanding. More importantly, he is a long-time client of Benach Collopy. Ambassador Haqqani volunteered to serve as an expert witness in Mr. Hamid’s case, free of charge, authored a lengthy written opinion and flew to Atlanta to testify in Immigration Court. In off-the-record comments after the hearing, the IJ remarked that he was “very impressed” by our expert, and the DHS attorney griped that we had brought in a “million dollar witness.” Faced with great injustice and overwhelming odds, good lawyers must do what it takes to win the day.

Ultimately, the IJ was persuaded by our arguments and evidence, rejected the government’s contentions, and ruled in Mr. Hamid’s favor. Reversing his prior ruling, he found that the evidence failed to demonstrate a subgroup relationship between Jamaat-e-Islami and Hizb-ul-Mujahideen. After 15 months in prison, thousands of dollars in legal fees, and the traumatizing prospect of being deported to a country he had fled in fear for his life, Mr. Hamid was granted permanent residence and allowed to return home to his family. Justice delayed, but not denied. Our heartfelt congratulations to a very deserving client.

7 thoughts on “ICE Called Him a Terrorist. We Said He’s Not. We Won.”