This post was written by Adilene Nunez and Francisco Lopez, law students at the Catholic University of America Columbus School of Law.

Meeting our client and gaining his trust

In the fall of 2013, a man sat in an office at Catholic Charities awaiting our arrival. Neither of us had ever advocated on behalf of a client, so we were both nervous. Although our professors trained us in our clinic about how to interview a client and how to gather the facts and evidence to build a strong case, we were not sure what to expect from our client.

We walked into the office where our client, Joe[1], was waiting. We spoke with him about our Immigration Litigation Clinic, explained our roles, and began the process of getting to know our client. We listened to his story and asked him questions. He was concerned, however, with our abilities to represent him. He didn’t say it, but it was notable in his face. Joe was reserved and had few things to say at this initial meeting. He did not smile. When we asked him the reason for his visit to Catholic Charities, Joe responded that in his quest to become a lawful permanent resident, he had been defrauded by a notario. Immediately, we both understood why Joe was apprehensive, and we recognized that we would have to work to gain his trust.

Over the next few months, we had extensive meetings with Joe, constantly called him with questions or requests for documents, and we made sure that he was always aware of what we were doing and what the next steps would be. Gathering facts and getting the client to open up and trust us was a difficult process because Joe fled his native Guatemala during the civil war and he had never told anyone such private, personal, and painful details. However, Joe fled his native country over thirty years ago, so at times it was difficult for Joe to remember details of the trip that placed him in deportation proceedings. It was our compassion and diligence that, in the end, led Joe to say to us, “Yo confió en el trabajo que están haciendo,” I trust in the work you are doing, as he smiled at us.

Keeping the case on the docket

On its face, Joe’s case appeared to be a straight forward adjustment of status case. He was a Temporary Protected Status (“TPS”) beneficiary,[2] a model resident, and hard working individual. However, as we continued to research the issues in our case, like advance parole and admission, we realized that our biggest struggle was going to be convincing the immigration judge to keep the case on her docket. That was because, statutorily, someone who returns to the United States on a grant of parole, generally, cannot adjust status in front of an immigration judge.[3] We wanted to keep the case in front of the immigration judge because Joe’s case had been pending in immigration court for almost thirty years, he had been deceived and defrauded by a notario, and if the judge chose to send the case to USCIS for adjudication, we would not be able to see the case through until the end as the representatives Joe trusted.

We spent about five months conducting extensive research and we had several meetings with our supervisors to work on strategy and to craft creative legal arguments. There were times when we felt extremely overwhelmed from our research because it seemed that we were dealing with a novel issue. Joe’s facts were complicated and involved two eras of immigration law: present day and pre-IIRAIRA immigration law.

We needed to prove that Joe had already been admitted, so he would not be designated an arriving noncitizen.[4] Being classified as an arriving noncitizen in immigration court leaves limited options for individuals in removal proceedings.[5] Therefore, an arriving noncitizen classification should not be conceded too easily. However, Joe was a TPS beneficiary, a status that we hoped we could use to our advantage in proving Joe’s statutory eligibility for adjustment of status. We wanted to argue that when Joe was granted TPS he was inspected and admitted into the United States, as this would allow Joe to adjust his status in front of the immigration judge. Admittedly, arguing that a grant of TPS is an admission was going to be a challenge as we had more negative than favorable case precedent on the matter.[6] The case that was most favorable, Flores v. USCIS,[7] was not binding; it was merely persuasive authority arising outside of our circuit. The plain language of the Immigration and Nationality Act, the Code of Federal Regulations, and case precedent formed our argument in Joe’s favor.

Additionally, with the help of our professors, and after several individual moot hearings, we composed two briefs, one was the brief in support of Joe’s adjustment application, and the second was a supplemental brief where we argued that Joe’s grant of TPS was an inspection and admission. We planned the supplemental brief as a last resort and developed persuasive oral arguments for our individual hearing before the immigration judge. 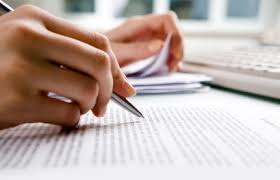 Joe was very cooperative and maintained a positive attitude throughout this process, even after we explained the possibility that the immigration judge might not be able to exercise jurisdiction over his case. He said that he had faith in us and in the work that we had done, and that he could only hope for the best. Joe was different from the person we met in the fall. He smiled and felt comfortable communicating with us. He went from stoic to wanting to make us laugh. We were glad to see him happy.

After a lengthy discussion with Joe, our supervisors, and DHS counsel, we all agreed that termination of the proceedings was the best option. So while we were unable to tell Joe’s story that day and give the many reasons why he deserves to be granted permanent residency, he now seeks adjustment of status before USCIS without the procedural encumbrances of deportation proceedings. Despite the unfinished nature of Joe’s case that day, Joe received closure because, by terminating deportation proceedings, we removed the impediment that precluded him from adjusting his status before USCIS for all of those years. It was not justice denied for Joe; it is merely justice delayed for Joe and his family.

Setting our own precedent

While we did not achieve the result we wanted that day in court, we were very proud of our work. As student attorneys, we were novices when it came to complex immigration issues, but we did not allow this to discourage us. The challenges we encountered with finding positive binding precedent did not change our position that our client deserved to become a lawful permanent resident. We persisted in finding an answer for our client.

We wrote a persuasive supplemental brief using various legal authorities. Despite the fact that the immigration judge could not accept jurisdiction, she complimented us on our work. We wanted others to benefit from our hard work, so we shared a redacted copy of Joe’s brief with the American Immigration Council, an organization that was litigating the issue of whether TPS was an inspection admission. A few weeks after Joe’s individual hearing in April, we saw that the American Immigration Council had developed arguments similar to our innovative arguments that TPS may constitute an inspection and admission. In Ramirez v. Dougherty,[8] Ramirez a TPS beneficiary from El Salvador, was seeking to adjust his status. Ramirez argued that he should be granted LPR status based on his TPS status. It was reassuring for us to see that the very same arguments we made in our brief were compelling enough to succeed in a different circuit. 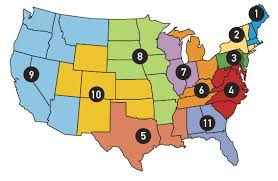 It showed us that with the guidance of our brilliant professors, we were capable of dissecting the complicated immigration statute to develop strong, persuasive analysis. It also was a valuable lesson learned that when the law doesn’t seem to be on your client’s side, you can develop creative legal arguments to change it.

The toughest part was saying goodbye

Although Joe’s case was riddled with complications and complexities, the toughest part wasn’t getting creative with the regulations and case law. The toughest part of this entire process was saying goodbye to our client after the individual hearing. We got to know Joe not just as a client, but as a person, as someone for whom we were confident we could get justice. Joe got to know us and wished us success in our future careers as attorneys. We got to know his wife and his children. We learned about his dedication to his family. We spent time with Joe and his family at their home during our witness preparation sessions. We grew to care about Joe as both a client and as a friend. And best of all, Joe was able to trust an attorney through this process. He had been so terribly hurt by the notario that we were both pleasantly surprised when Joe finally opened up and put his trust in us. On our last phone call with Joe as his student attorneys, he thanked us for working with him. We told our client, and friend, that the honor was ours. This was truly one of the most challenging and rewarding experiences in our professional careers.

[1]Name and other identifying information have been changed.

[2] Temporary Protected Status (TPS) is a humanitarian benefit found under Section 244 of the Act. The Department of Homeland Security may designate a foreign country for TPS because conditions temporarily prevent the country’s nationals from returning safely or if a country cannot handle the return of its nationals. The Attorney General may designate a country for TPS if the country has an ongoing armed conflict, an environmental disaster, or if there are other extraordinary conditions preventing a noncitizen from returning to the country. See INA § 244(b)(1).

[4] There are three classifications in removal proceedings: (1) an arriving noncitizen, (2) a noncitizen present in the United States who has not been admitted or paroled, or (3) a noncitizen who has previously been admitted, but is now deportable. See generally INA § 240(c).

[5] Matter of Silitonga, 25 I&N Dec. 89 (BIA 2009) (immigration judge has no jurisdiction to adjudicate an adjustment of status application for an arriving noncitizen unless the noncitizen has been placed in removal proceedings after returning to the United States on advance parole to pursue a previous filed application); Matter of Oseiwusu, 22 I&N Dec. 19 (BIA 1988) (arriving noncitizens are generally ineligible for bond);