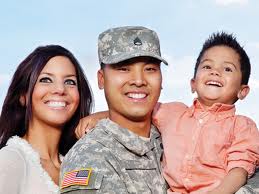 This situation presents more serious, unique hardships on military families, which is why the Department of Homeland Security (“DHS”) identified Parole in Place (“PIP”) under INA § 212(d)(5)(A) as an administrative mechanism that could avoid imposing such difficult circumstances on military families.  In a letter to Congress dated August 30, 2010, the Secretary of Homeland Security identified several tools that the Department utilizes “to help military dependents secure permanent immigration status in the United States as soon as possible.”  Among these tools, the Secretary identified PIP as a tool “to minimize periods of family separation, and to facilitate the adjustment of status within the United States by immigrants who are the spouses, parents and children of military members.”  PIP is especially significant in the support it provides to military families during wartime.  It is a purely discretionary remedy that takes into account the negative impact that the separation of family members may have on a military member’s morale, readiness, or ability to complete his or her service.

Despite this clearly articulated policy from the Secretary of Homeland Security, however, some U.S. Citizenship and Immigration Services (“USCIS”) offices, the agency within DHS responsible for adjudicating applications for immigration benefits, questioned whether PIP should be granted to certain family members of active duty members of the U.S. Armed Forces, individuals in the Selected Reserve of the Ready Reserve, or individuals who previous served in the U.S. military.  Similarly, even when PIP was granted to spouses, parents, and children of U.S. military members and veterans, some USCIS offices questioned the legal authority to actually grant adjustment of status to these individuals based on their PIP.  These questions led to inconsistent adjudications of PIP requests and adjustments of status based on PIP throughout the country.  Ultimately, USCIS decided that it needed to clarify its policy regarding these two questions by issuing a policy memorandum.  In response, many USCIS offices put such PIP requests and PIP-based adjustment of status applications on hold, awaiting the clarified policy from its Office of the Director.  Accordingly, many members of the U.S. military, veterans, and their families have been waiting – some for several years – for their family members’ PIP requests and PIP-based adjustment of status applications to be adjudicated.  This resulted in revoked security clearances and the inability to advance for many military members, as well as negative impact on service members’ morale and readiness to serve.

Thankfully, the waiting is now over.  In a policy memorandum dated November 15, 2013, the Office of the Director for USCIS clarified the agency’s policies regarding PIP.  First, USCIS confirmed that PIP is a discretionary remedy available to spouses, parents, and children of active members of the U.S. Armed Forces, individuals in the Selected Reserve of the Ready Reserve, and individuals who previously serviced in the U.S. Armed Forces or the Selected Reserve of the Ready Reserve.  Second, after a lengthy legal analysis and discussion of the specific language of the Immigration and Nationality Act, USCIS verified that a grant of PIP cures inadmissibility for being present without having been admitted or paroled and for being one who “arrives” at an undesignated time and place.  This means that an individual who entered the U.S. without inspection, but subsequently received PIP, is not inadmissible for these grounds.  Consequently, if he or she is otherwise eligible to adjust status, he or she may do so while present in the U.S., thus avoiding lengthy separations and negative impacts on the U.S. military member’s morale, readiness, and ability to serve.

As stated by Secretary Napolitano in her letter to Congress, the purpose of PIP is “to minimize periods of family separation, and to facilitate the adjustment of status within the United States by immigrants who are the spouses, parents, and children of military members.”  USCIS has now reaffirmed that purpose and will move forward in adjudicating all of the PIP requests and adjustment of status applications that have been placed on hold.  Many members of the U.S. military will no longer have to wait with revoked security clearances and the inability to progress in their military careers.  Their ability to complete their service to our country will no longer be negatively impacted.  They will no longer be faced with the impossible choice between their service to the United States of America and their family members.  We commend USCIS for making these important clarifications and for doing its part to ensure that our military members are ready and able to complete their service and our veterans are cared for and honored for their service to our country.