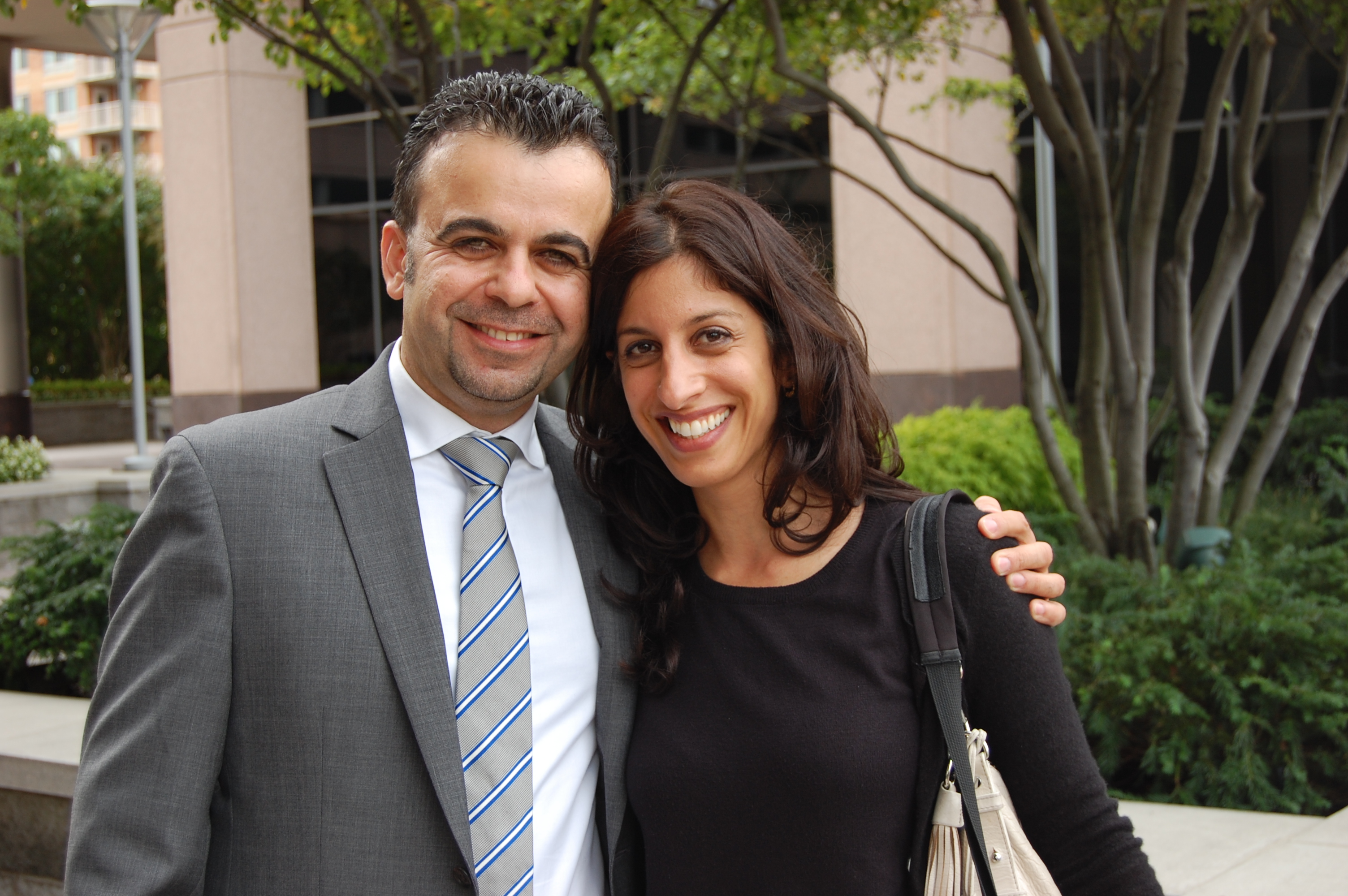 On October 17, 2013, Alan Attoof Baba became a citizen of the United States.  A native of Iraq, Alan obtained his Lawful Permanent Resident (LPR) status in 2011 through the Department of State’s Special Immigrant Visa (SIV) Program.  Alan served the U.S. Government in Iraq as a Media & Cultural Specialist, a position that placed him in grave danger.  His faithful service garnered him the praise of his supervisor, who recommended him for the special visa program.  After moving to Washington, D.C., Alan married his wife Sherizaan Minwalla, who is a U.S. citizen, in 2012.  In January of 2013, Sherizaan joined Mercy Corps, a U.S. humanitarian aid and international development organization, as its Deputy Country Director in Iraq.  The newlyweds began planning their life abroad, but the move and indefinite stay outside the U.S. placed Alan’s continued residency and eventual citizenship in jeopardy.  In order for Alan to keep his LPR status, he had to maintain a residence and continue cultivating ties in the United States.  And in order for him to become a U.S. citizen based on his marriage to Sherizaan, he needed three years of continuous residence and eighteen months of actual physical presence in the United States.  An immigration lawyer Alan and Sherizaan consulted told them there was nothing they could do to avoid the continuous residency and physical presence requirements for naturalization.

Alan contacted Benach Collopy in December of 2012, one month before he and Sherizaan were scheduled to embark on their move to Iraq.  We advised Alan to file an application for naturalization under Section 319(b) of the Immigration and Nationality Act (INA), so-called “expedited naturalization.”  An applicant who meets the requirements of Section 319(b) is exempt from the usual continuous residence and physical presence requirements if he can demonstrate that his U.S. citizen spouse is employed by either the U.S. Government or an American firm or corporation engaged in whole or in part in the development of foreign trade and commerce of the United States.  Under Section 319(b), a qualifying applicant does not need to show any period of residence in the U.S. and can hold LPR status for as little as a single day, yet still be eligible to naturalize.  We concluded that Mercy Corps, a U.S. humanitarian relief organization that receives considerable funding from the U.S. Agency for International Development (USAID), was a qualifying entity for Section 319(b) purposes.  To support the application, we obtained evidence that Mercy Corps is involved in the development of U.S. foreign trade and commerce through its food aid programs.  Through its Title II Programs, Mercy Corps ships tons of U.S. foods and commodities on U.S. ocean carriers to developing countries in need of emergency food aid.

Thomas Ragland accompanied Alan to his naturalization interview on October 16, 2013.  Upon review of the Section 319(b) evidence we presented, the interviewing officer approved Alan’s application. The following day, Alan took the oath of allegiance and became a U.S. citizen at a ceremony in Fairfax, Virginia.  Alan’s case confirms that Section 319(b) is intended to be interpreted broadly, and that humanitarian aid and development organizations like Mercy Corps can be qualifying entities under this section.  Benach Collopy congratulates Alan on becoming a U.S. citizen and wishes him and Sherizaan all the best in their continued efforts to improve the lives of refugees and others in our global community. 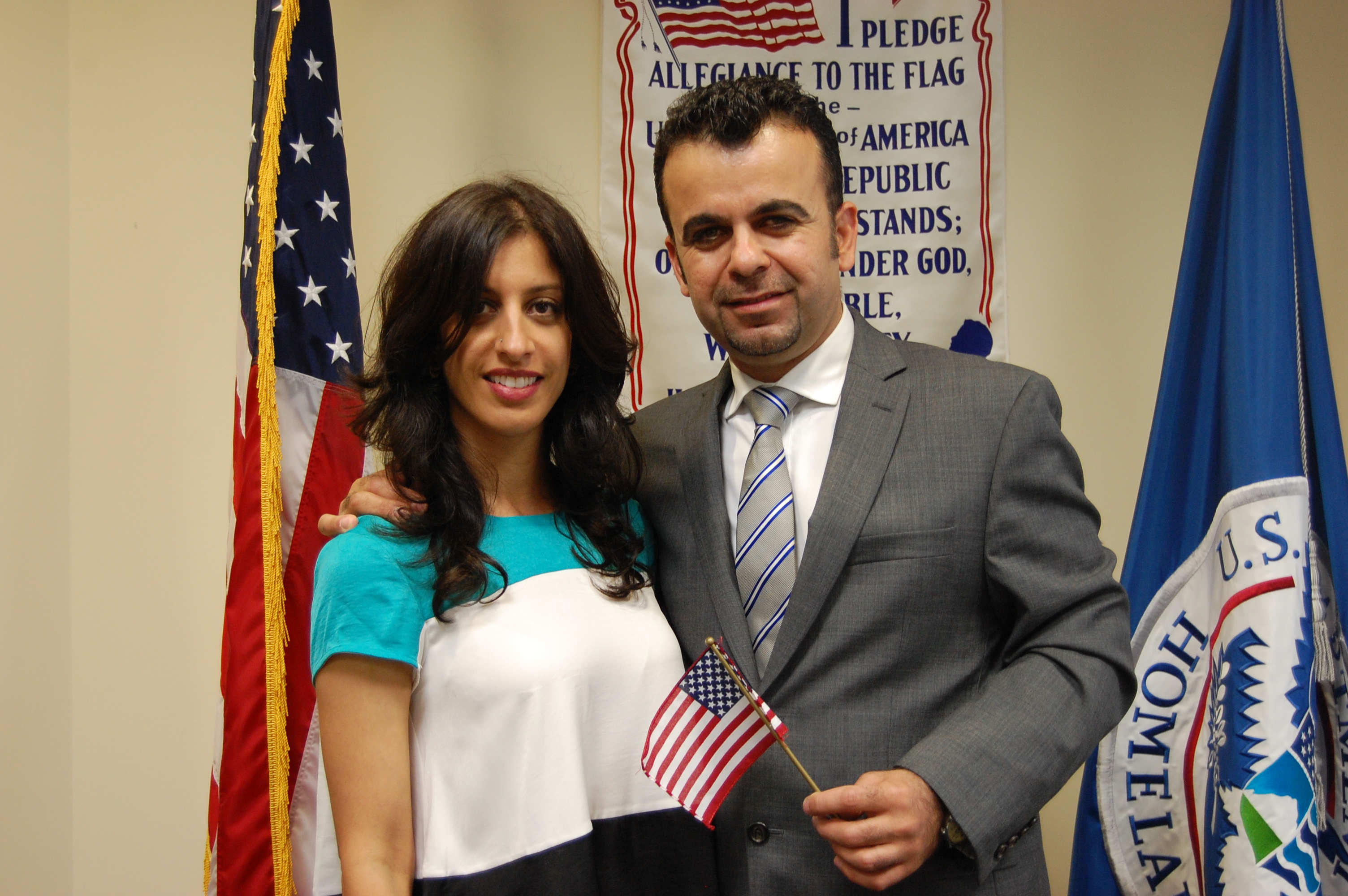