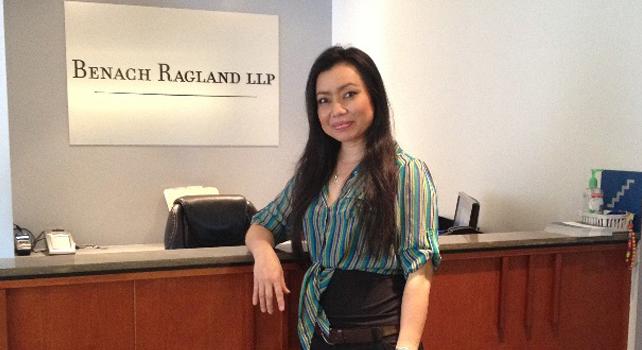 Here at Benach Collopy we fight to keep our clients and their family members safe. Our client, Sophie, fled Cambodia after suffering a lifetime of violence, exploitation, and abuse, first as a child victim of the Khmer Rouge and then as a victim of unimaginable domestic violence at the hands of a powerful provincial governor. After her arrival in the U.S., Sophie met Abe, a U.S. citizen who had emigrated from Morocco after suffering his own abusive childhood. The couple fell in love, finally finding in each other what they had always longed for – trust, safety, support, and love. But when Abe petitioned for Sophie to become a permanent resident of the United States, U.S. Citizenship and Immigration Services (USCIS) found that Sophie had made an inaccurate statement on her visitor visa application and alleged that it was a material misrepresentation. They denied her adjustment of status and waiver applications and placed Sophie in removal proceedings before the Immigration Court. Suddenly, Sophie no longer felt safe and feared the dangers that awaited her back in Cambodia. Benach Collopy assisted Sophie in seeking asylum, adjustment of status, and a waiver of inadmissibility before the Immigration Court. We demonstrated to DHS counsel and the Court that Abe would suffer extreme psychological, emotional, financial, and professional hardship without Sophie in the United States, as well as the ongoing danger that this couple would face in Cambodia based on Sophie’s history there. Upon reviewing the extensive evidence that was prepared and submitted to the Court, DHS counsel stated, “I do not know how DHS could possibly oppose this case.” The Immigration Judge granted Sophie permanent resident status, and she and Abe can finally move forward, continuing to love and support each other and to make great contributions to this country.