Jeff Flake (AZ) and Orrin Hatch (UT)) joined all ten Democrats to vote the legislation out of committee.

The five opponents were the five Republicans who had spent the several mark-ups attempting to torpedo the legislation with odious and unworkable amendments, most of which were defeated.  Yet, Senators Jeff Sessions (AL), Ted Cruz (TX), John Cornyn (TX), Mike Lee (UT), and Chuck Grassley (IA), have vowed to renew their efforts on the Senate floor, where the bill goes next. 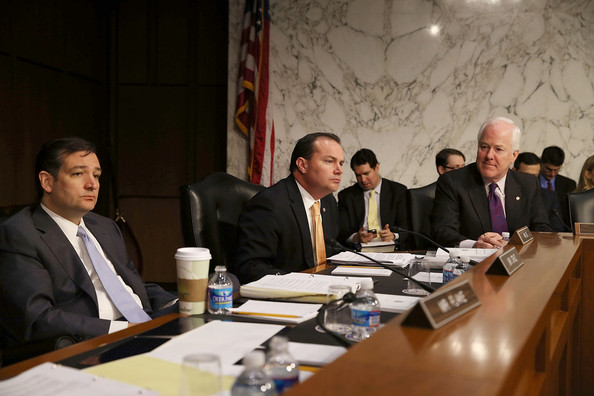 The bill was improved by the passage of the following amendments:

The bill was made worse by the following amendments:

The Committee fought off several “poison pill” amendments designed to gut the entire process or to make the immigration system more inhumane than it is today: 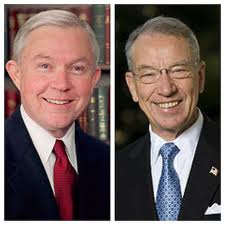 The strength of the bill was enhanced by the support of Republican Senator Orrin Hatch of Utah.  Senator Hatch has long been a champion of the H-1B program.  The Committee adopted Senator Hatch’s amendments to increase the availability of H-1B visas and earned the Senator’s support in the Committee.  Senator Hatch has not committed to his vote on the floor, but his support in committee, made the bill more strongly bipartisan and showed that the “Gang of 8” can pull reasonable Republicans into the bipartisan consensus that our immigration system requires serious overhaul.  This compromise required some serious accommodation by both Democrats and Republicans on the Committee and it is a welcome sign for our democracy that this issue did not cause the wholesale breakdown that we have come to expect.  This suggests that immigration reform has become a categorical imperative for both parties.

Unfortunately, the bill that came out of committee is as defined by what it does not include by what it does include.  Under pressure from the White House, Senator Leahy pulled his amendment to ensure that LGBT individuals and couples are treated equally and fairly under the immigration bill.  Republicans, including members of the Gang of 8, had balked at LGBT inclusion and, as a result, the Committee gave into homophobia.  We are extremely disappointed that LGBT families were thrown aside in the passage of this bill.  We remain hopeful that the Supreme Court will make this a non-issue soon enough.

The bill will now head to the senate floor, where there will be more debates and amendments.  Immigration reform will likely dominate the Senate for the month of June.  In some good news, Senator Mitch McConnell of Kentucky, the Republican leader, has said that he has no plans to block consideration of the bill.  While any single Senator can filibuster a bill, that Senator needs the support of 40 of his/her colleagues to sustain the filibuster and it is hard to imagine that succeeding without the support of the Senate leadership.

We hope for a strong show of support from the United States Senate.  A bill that gathers 65+ votes will storm out of the Senate and place a lot of pressure on the House to support common sense immigration reform.

3 thoughts on “From the Committee to the Senate Floor: The Immigration Bill Survives!”