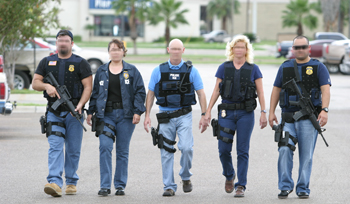 It has been a tough week for the ICE bureaucrats who have sought to undermine the political leadership of this country to pursue their own restrictivist and nativist agenda.  Regular readers of this blog (my wife and my mother), will know that we have sought to document the efforts of bureaucrats within ICE to stymie intelligent immigration enforcement through insubordination, lawsuits, leaks, and more generic tactics like refusal to complete trainings and sick-outs.  But, like their pals Kris Kobach, Steve King, Jeff Sessions, and Joe Arpaio, time has passed them by and they continue their ignominious descent into laughable irrelevance.

Last week, we saw politicians competing to put forward the most comprehensive immigration reform.  The President outlined a plan.  We saw Republicans and Democrats, who could not agree on anything for close to four years, all agree that immigration reform is needed and that a path to citizenship is an essential to that effort.  We learned that the even the House has a bipartisan working group planning to develop its own immigration legislation.  Simultaneously, a federal judge in Dallas, Texas dealt a near fatal blow to the ICE agents lawsuit, where they alleged potential injury if they refused to follow the DHS secretary’s directives regarding DACA.  While the Judge did not entirely dismiss the lawsuit, FOBR Ben Winograd at the Immigration Policy Center described the lawsuit as” hanging by a thread.”  Bad week to be on the losing side of history.

Increasing the hope that immigration reform will finally happen in 2013 is the largely unanimous support of reform by the country’s major labor organizations.  The AFL-CIO and the SEIU, the country’s two largest union organizations, are major supporters of immigration reform.  But just when you thought that the unions had finally come together with the business community, there is one union that wants you to know that they are not on board.  Guess who?  The American Federation of Government Employees National ICE Council issued a press release to declare that the AFL-CIO does not speak for the ICE union.  The union wrote: “Respectfully, we see a lot of problems with the recently proposed reforms and we plan to exercise our rights as American’s to participate in the democratic process and voice those concerns publicly in the upcoming months; we hope to do so without groups like the AFL-CIO demonizing us for expressing a different opinion.” 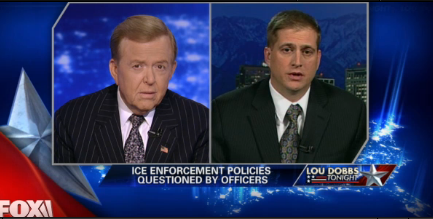 With all due respect, the position of the ICE agents union is crystal clear.  They so believe in an anti-immigrant policy where their actions are not subjected to meaningful review that their views are meaningless in an effort to reform the immigration law in a way to break their power.  The ICE bureaucrats are afraid of being demonized for participating in the democratic process.  Well, welcome to the arena, folks.  You can’t continue to say outlandish and self-interested garbage and not be called out on it.  The bureaucrats have always had a weak grip on the basics of democracy.  While begging to be treated with kid gloves, the ICE bureaucrats union has staged a vote of no confidence in ICE’s political leadership, sued the Department to stop DACA, and has encouraged its members not to follow the direction of their management.  In the military and any other law enforcement agency, that is known as insubordination and can result in dismissal or, in the case of the military, the brig.  But ICE bureaucrats ask not to “be demonized.”

If the ICE bureaucrats do not want to be demonized, they should stop resisting efforts to create intelligent immigration policy and participate in implementing immigration law, both today’s and tomorrow’s in a more humane and useful way.

2 thoughts on “The Whine of the ICE Bureaucrats”