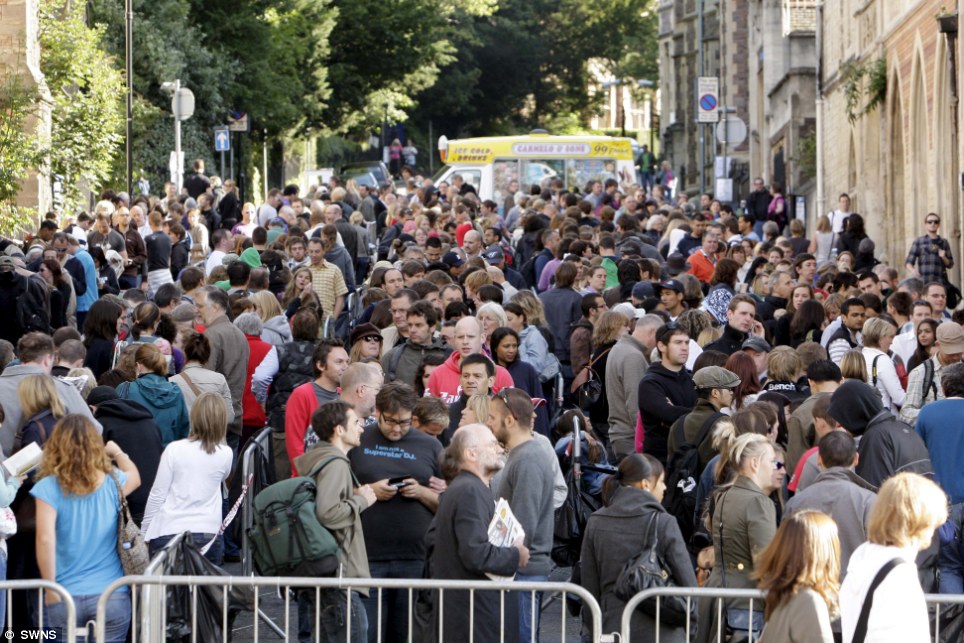 This morning, we had a chance to review the five page blueprint for immigration reform produced by a bipartisan group of eight Senators.  There is a lot to discuss on the blueprint, but one thing specifically jumped out at me:

“Once the enforcement measures have been completed, individuals with probationary legal status will be required to go to the back of the line of prospective immigrants, pass an additional background check, pay taxes, learn English and civics, demonstrate a history of work in the United States, and current employment, among other requirements, in order to earn the opportunity to apply for lawful permanent residency. Those individuals who successfully complete these requirements can eventually earn a green card.

Individuals who are present without lawful status – not including people within the two categories identified below – will only receive a green card after every individual who is already waiting in line for a green card, at the time this legislation is enacted, has received their green card. Our purpose is to ensure that no one who has violated America’s immigration laws will receive preferential treatment as they relate to those individuals who have complied with the law.”

As an immigration lawyer, I have to ask “which line?”  There are dozens.  Let’s try to figure out what they could mean.  There are two basic ways that people seek residence, these are: (1) through family; and (2) through employment.  There are other means, but these represent the bulk of immigrant visas.  The Immigration & Nationality Act limits the number of immigrant visas can be issued annually.  The allocation of that finite number of visas is divided by type of application and country of nationality.  Demand exceeds supply and backlogs in each category have developed.  For example, the Jamaican unmarried son or daughter over 21 of a U.S. citizen would have had to  start the immigration process prior to December 22, 2005 to receive an immigrant visa today.  If the same immigrant were from the Philippines, she would have had to started the process fifteen years ago in 1997.  In the employment based context, an employer who seeks an immigrant visa on behalf of an Indian professional with a bachelor’s degree but no advanced degree would have had to start the process before November 8, 2002 for that employee to obtain a visa today.  On another note, the law allows immigration judges to grant residence to 4,000 people a year if they can demonstrate that they have been in the U.S. for ten years, have good moral character, and their removal would cause exceptional and extremely unusual hardship on their U.S. citizen or permanent resident spouse parent or child.   That cap has already been reached for this year and no new visas through cancellation may be granted until October 2013.  Thus, there are a variety of lines that immigrants may fall into.

So, which line do individuals go to?  The blueprint seems to require everyone in the queue to obtain residence before a single beneficiary of the new plan gets residence.  That might take a while.  After all, visas are now available for the Filipino brothers and sisters of American citizens if their American brother or sister originally sponsored them prior to April 15, 1989.  Twenty three years.  Does the plan truly require everyone in the queue to get their residence before anyone who applies under the new program?  Does this mean that no one will get a green card for at least 23 years??  It’s amazing that in an era where there is so much concern over “big government,” members of the Senate would propose a process that takes a quarter century to begin.  At least the Soviets stuck to five year plans.

Here is another sneaky fact that makes this whole idea unworkable.  Many of the undocumented in the U.S., the eleven million, that would supposedly benefit from this program, are already in the queue!!!  Many of them have sought immigration benefits and it is only due to the outrageous backlogs that they become undocumented. They have played by the rules, too, but the system has failed them.   It is a myth that there are so many people abroad who “play by the rules” and are waiting patiently for their turn to come in.  Yes, they exist, but not likely in the numbers that the back of the line crowd says, and should be immediately let in with residence rather than waiting in these atrocious backlogs.

There are, in fact, many highly skilled employees, waiting their turn to apply for residence due to backlogs in employment visas.  These folks are here on temporary visas, working and waiting.  They would seem to have a legitimate gripe if the undocumented got immediate residence.  But the solution is not this garbage about the back of the line.  Raise the immigrant visa numbers to an amount that is commensurate with the American employers’ demands for a workforce.  Don’t make immigrants pay for the arbitrary levels of immigration that were created nearly half a century ago.

So, that’s the issue with the line.  So far, the only politician we have seen who gets this is Jeb Bush, who published the most sane piece on immigration that we have seen during this discussion.  The former Florida governor wrote:  “There is no “line.” Critics of comprehensive reform often argue that illegal immigrants should return to their native countries and wait in line like everyone else who wants to come to America. But unless they have relatives in the U.S. or can fit within the limited number of work-based visas, no line exists for such individuals.For most aspiring immigrants, the only means of legal admission to this country is an annual “diversity lottery” that randomly awards visas to 55,000 foreigners. There are roughly 250 applicants for each visa every year. The absence of a meaningful avenue of access increases the pressure for illegal immigration.”

There are many lines; there is no line.  The line moves, grows and contracts.  Immigration reform will have to deal with this messy reality rather than attractive soundbites such as “go to the back of the line.”

14 thoughts on “What is the Deal with the Immigration “Line?””