Every Tuesday, my children’s school publishes a newsletter that includes a number of advertisers.  Tutors, babysitters, coaches all advertise to the parents of the schoolchildren.  Last week, I noticed a different ad from all the others.  Fencing was being offered and I was happy to see that the coach offering fencing was my old client, Dariusz Gilman.  I represented Dariusz a long time ago and was delighted to see that he has opened up his own fencing school in Silver Spring, Maryland, Dariusz Gilman Sabre Fencing.  On Saturday, I took the kids to watch a class and get some tips from Coach Dariusz and I am happy to say that Coach Dariusz has two new pupils eager to learn to fence. 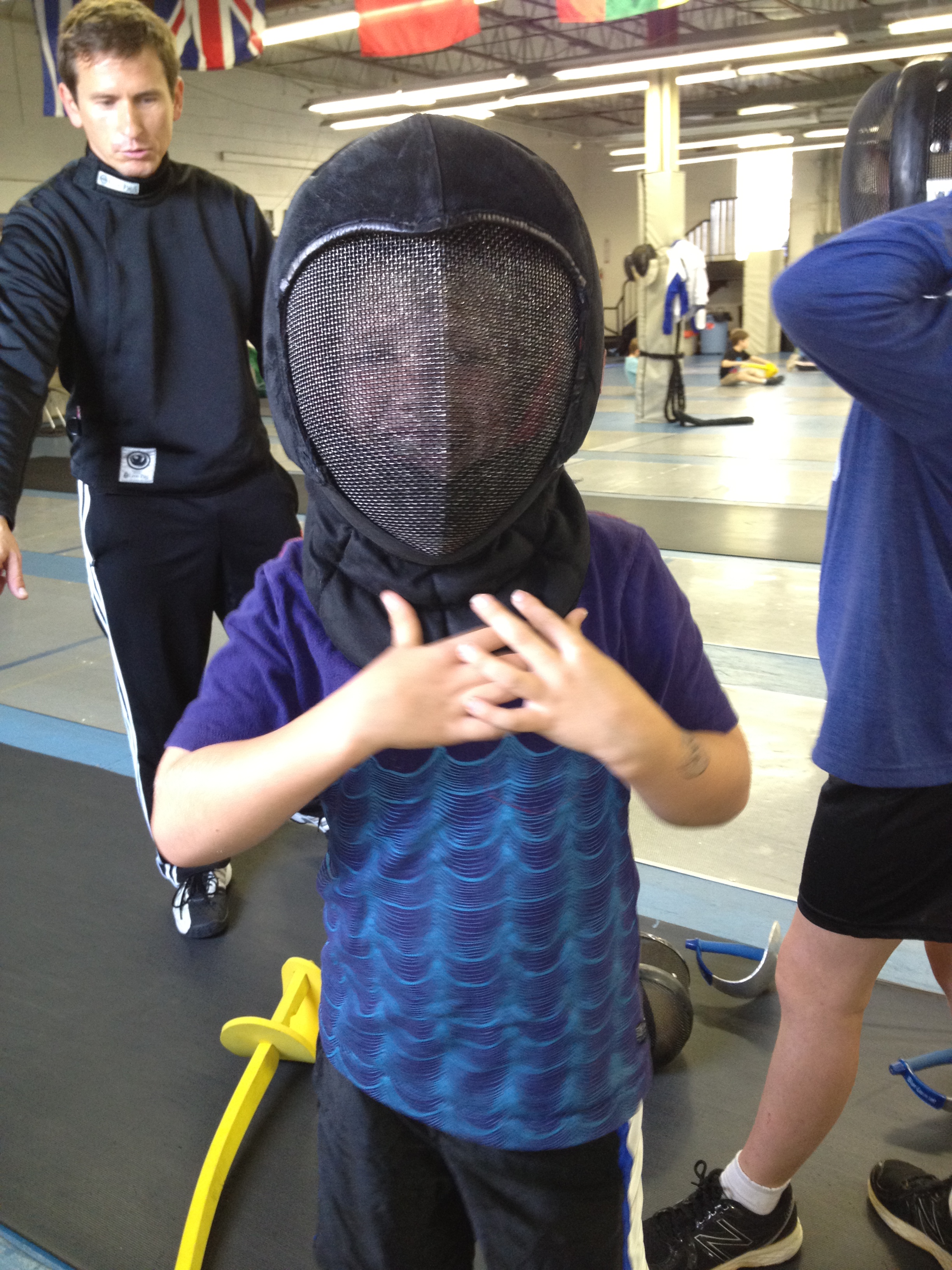 Dariusz is a remarkable individual.  This is not only  because he is willing to spend an hour with a dozen seven-year-olds armed with swords, but because he has made the difficult transition from athletic championship to instilling in American children a love for a fairly obscure sport.  Dariusz is a former Polish national champion and was a European junior champion.  He has over a decade of experience training American kids in fencing and his students have become NCAA and United States Fencing Association champions and finalists.  Dariusz brings energy and joy to his students and, most impressively, holds their attention for a good hour.  Dariusz does not do fifty minute hours.

Watching all these American children learn from Dariusz and his coaches reminds me of why we work in immigration.  Having a fencing school in Silver Spring enriches our community.  Dozens of kids have found a calling or an outlet in fencing and, if it were not for Dariusz’ ambition to bring the sport he loves to America, this opportunity would have been lost.  More practically, I am reminded of the many studies that show that immigrants open businesses at a far higher rate than native-born Americans.  Immigrants start one in four new businesses in America.  It is well known that companies like Google, eBay, Intel, Yahoo and YouTube were all started by immigrants, but the bulk of American business is small business like Dariusz Gilman Sabre Fencing.  Recent reports show that immigrants have started 18% of all small business, way higher than their 13% of the general population.

As DREAMers begin to receive their work permits, we should expect no less of them.  Many DREAMers have worked hard and against the odds to realize the dreams of their parents.  They created a political force, established a constituency, and their fate may turn an election.  With a chance to get jobs, finish school, open bank accounts and start businesses, DREAMers will leave an indelible mark on this country.  They carry with them the energy and belief in the American dream that has always defined immigrants to America.

One thought on “Re-Connecting with Dariusz Gilman”