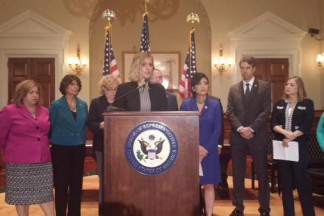 Yesterday, several prominent House Democrats called on the administration to end family detention.  Organized by Congresswoman Zoe Lofgren of California, the Democrats decried the Obama administration’s detention of women and children fleeing violence in Central America.  From the creating of a truncated form of due process in refugee protection to a novel interpretation of bond eligibility to conditions which have caused serious illnesses in the children being jailed by the administration, the entire experience of the gulag archipelago of detention centers was designed not to follow the law and protect asylum-seekers, but as a means of deterrence to other potential refugees.