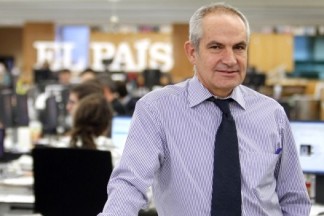 Mr. Antonio Caño Barranco—the Editor-in-Chief at EL PAIS, Spain’s leading newspaper—is our April client of the month. Mr. Caño Barranco came to Washington, D.C. in 2007 where he was stationed as U.S. Bureau Chief until he was designated as the Editor of the newspaper. Prior to becoming Editor, Mr. Caño Barranco started his journalism career working for EFE News Agency and joined El PAIS in 1982.