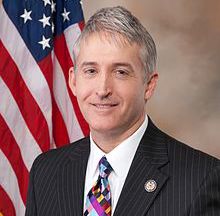 Congressman Trey Gowdy (R-SC) was named the Chairman of the House Subcommittee on Immigration and Border Security, a committee that will presumably have a lead role in developing any new immigration law in the coming Congress.   Incoming House Judiciary Committee Chairman Bob Goodlatte (R-VA) announced today that Rep Gowdy would be chair in the new Congress and stated “Rep. Gowdy will play a leading role on immigration reform which is a top priority of the House Judiciary Committee in the new Congress.”
Full disclosure, I’m a Dreamer. I’m also a full-time third-year law student. I work at an immigration law firm in Metropolitan Washington D.C. and I love my job. Like many immigrants in the United States, my family and I were screwed over by immigration lawyers and school administrators, which left me without legal status in the United States. As such, I have an inherent dislike of immigration lawyers as there are many bad ones in the profession.