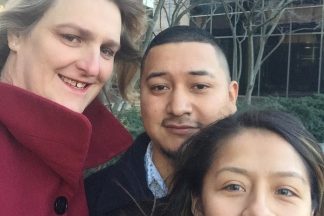 We are thrilled with our April 2018 Clients of the Month, Aldemar Segundo and Susan Matos Segundo.  Aldemar became a permanent resident in March 2018 and can live securely with his U.S. citizen wife, Susan, and their two children.  Aldemar’s improbable journey is one of the most inspiring cases we have been a part of. When DACA was announced, Aldemar was like lots of other Central American immigrants without status in the U.S. 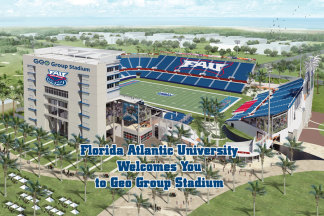 Yesterday, after receiving a gift of $6 million, Florida Atlantic University announced that it was renaming its stadium “The Geo Group Stadium,” after the for-profit prison company, best known for operating detention facilities on behalf of Immigration & Customs Enforcement.  It is remarkable that any university would name a stadium after a prison company, but simply stunning that Florida Atlantic University, which sits in South Florida, a community that has been decimated by the overuse of civil immigration, would be so tone deaf as to think this was a good idea.
What a week it has been.  There has been more positive discussion of immigration reform in the last week than in the past decade and while none of it is perfect, it is a huge improvement over Mitt Romney endorsing self-deportation and SB 1070.  Hard to believe that that was just six months ago.  In the past week, there has been two major comprehensive overhaul plans, word of a third, and the introduction of independent bills that would make discrete but needed improvements to the system. 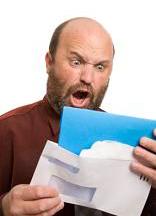 The Migration Policy Institute recently released a study documenting that the U.S. government spent $18 billion on immigration enforcement, dwarfing the $14 million spent on other federal law enforcement agencies. The FBI, the DEA and the ATF, combined, received $14 billion.  Immigration & Customs Enforcement’s budget, alone, is $6 billion.  Something is seriously out of whack here. None of this is surprising to immigration attorneys.  ICE runs a gulag archipelago of detention centers across the country, holding immigrants who have overstayed visas, entered without inspection, seek asylum, and  committed minor offenses.
Last week, we brought you news of the plans of certain Republican Senators to introduce an alternative to the DREAM Act.  Today, Senators Hutchinson (R-TX), Kyl (R-AZ) and McCain (R-AZ) introduced the ACHIEVE Act. The Senators held a press announcement to describe their new bill. They described it as the product of a year of work. Mercifully, there appears to have been some pressure to end their work and put forward a bill as, if they had continued to work, the bill and the process they propose would have become even more cumbersome than the three step process they have outlined. 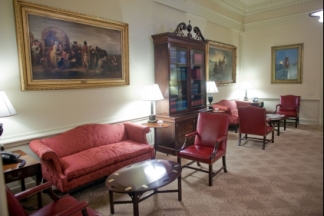 In Washington, we have very hot summers without a real beach to beat the heat.  Our winters can be wet, sloppy messes or we can get pounded with multiple snow storms in a city completely unprepared for more than three inches of snow.  Along with the occasional security scare, World Bank protest and Presidential motorcade, life in the Nation’s Capital can be challenging.  However, certain things make up for that.
U.S. Citizenship and Immigration Services (USCIS) Director Alejandro Mayorkas and other senior Department of Homeland Security (DHS) officials held a stakeholder conference call on Tuesday, August 14 at 1:00 pm (Eastern) to discuss Secretary Janet Napolitano’s June 15 memorandum. In accordance with the Secretary’s memorandum, USCIS will begin accepting requests for consideration of deferred action for childhood arrivals on August 15, 2012. During the teleconference, Director Mayorkas provided an overview of the process by which certain young people who came to the United States as children may request deferred action, provided details on the forms to be submitted, and answered questions from interested parties.
Full disclosure, I’m a Dreamer. I’m also a full-time third-year law student. I work at an immigration law firm in Metropolitan Washington D.C. and I love my job. Like many immigrants in the United States, my family and I were screwed over by immigration lawyers and school administrators, which left me without legal status in the United States. As such, I have an inherent dislike of immigration lawyers as there are many bad ones in the profession.
Today, 104 Democratic Members of Congress released a letter to President Barack Obama thanking him for his decision to instruct the Department of Homeland Security to offer “Deferred Action” deportation relief to young immigrants raised in the U.S. who would qualify for the DREAM Act. The Members of Congress wrote: We recognize that there are those who will want to take the power of discretion away from you and the Executive branch.