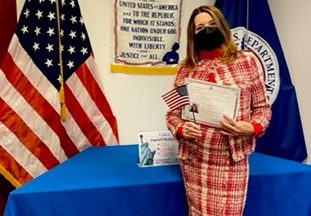 Our client of the month for June 2022 is YMM, who has been a client of Benach Collopy since 2013 and sought and was granted citizenship this winter.  In addition to being one of the loveliest people one could ever hope to meet, YMM is a Spanish national who worked with BC Partner Dree Collopy to seek lawful permanent resident status along with her husband.  She and her husband were granted green cards in 2015 based on an approved extraordinary ability (EB-1) petition. 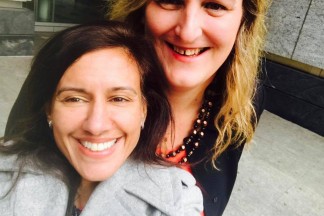 I have been waiting to write this one for decades.  Meher is one of my favorite people and on May 18, 2017, she will take the oath of United States citizenship in her hometown of New York, NY.  It was a 16 year journey that Meher and I began in our twenties.  We have moved across jobs, law firms, cities, and countries together.  Meher and I both overcame challenges to find enduring peace at this point in our lives. 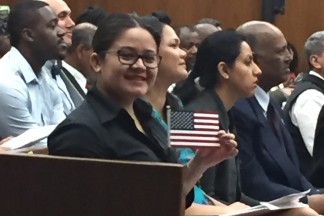 When can I apply? How much does it cost? Can I skip the test if …? Do I have to give up my birth country nationality? These were some of the questions I had about becoming a U.S. citizen for a long time, which if not answered professionally, could lead to a very long path. This is essentially what happened to me and why I delayed the process of becoming a U.S. 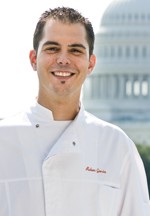 Our client of the month for February is Rubén García, a native of Spain and brilliant chef, who recently became a U.S. citizen with the help of his attorney Dree Collopy and paralegal Liana Montecinos.  After training under Martin Berasategui and other notable mentors in Spain, Rubén is now the right-hand man of Washington, DC’s own José Andrés and a key mastermind behind the Think Food Group’s culinary concepts as its Director of Research and Development.

For November 2015, we want to honor two good friends of Benach Collopy (FOBR), Allison Rashkin (left) and Jessica Lang (right), who became U.S.citizens this year.  Allison came to the U.S. from Montreal, Canada and Jessica from Costa Rica.  Both are spinning instructors at Zengo Cycle in Bethesda.  Neither of them had hard cases.  But they are the kind of cases that thrill us at Benach Collopy. 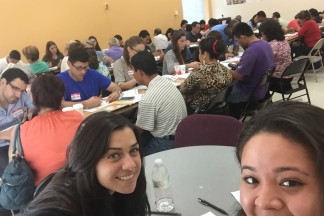 On Saturday, the American Immigration Lawyers Association (AILA) rang in Citizenship Day in the most meaningful way: by organizing a series of legal clinics throughout the country to help many aspiring Americans apply for citizenship.  Benach Collopy LLP staff – Naya Gonzalez, Patrick Taurel, and I (Lauren!)– pitched in at a clinic in Rockville, Maryland hosted by local immigrant advocacy group, CASA de Maryland. 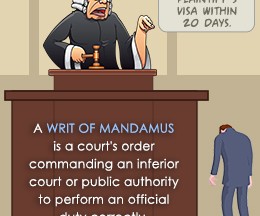 After a years-long battle, a client of ours was recently sworn in as a United States citizen after his naturalization victory.  Why is this significant? Because in 20 years of practicing immigration law, it’s difficult to recall the government being so fiercely opposed to naturalizing someone. Over a decade ago, our client – a U.S. lawful permanent resident – was engaged in serious criminal activity. In 2003, he was arrested and pled guilty in federal court to possession with intent to distribute 5 kilograms of cocaine and 1,000 kilograms of marijuana.
After years of statelessness, asylee and friend of Benach Collopy LLP, Sonya Kay (alias), kindly shares her thoughts and memories from her first time voting as a United States citizen: “I think I will remember the day I became a U.S. citizen, October 21, 2010, for the rest of my life.  I will remember that lump in my throat, tears pouring down my face when I took the oath of allegiance, the thought that I could apply for jobs that I couldn’t before, that I would finally be able to travel to the country that I came from–and the hope that I might not have to go through secondary inspection at the airport after visiting my siblings or friends in Europe–and that I would finally be able to participate in presidential elections in this country. 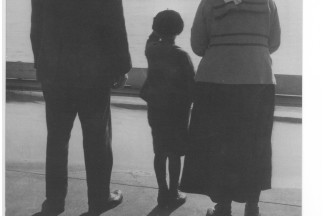 Last night, the President spoke to the Democratic National Convention about those characteristics that define what it means to be a citizen.  It is a word that gets used quite a bit.  But, like freedom, love, and beauty, it is a quality that can not be physically embraced, but exists entirely independently in our hearts and minds.  U.S. citizenship is not based upon ethnic origin, religion, political opinion, gender, sexual orientation,  or any other characteristic.
Last night, Mr. J.A. slept soundly for the first time in more than four years.  On June 5, 2012, Judge James C. Cacheris of the U.S. District Court for the Eastern District of Virginia issued a 90-page decision finding Mr. J.A. to be a person of “good moral character” who meets the requirements for naturalization under the Immigration and Nationality Act (INA). Abusamhadaneh v. Taylor, 2012 U.S.