Skip to content
The shock over the results of Tuesday’s election of Donald Trump has not yet worn off.  After two days of triage in hearing from scared clients and friends, we are now forced to confront what will lie ahead for immigration policy in a new administration.  Before we go ahead though, it is important to point out a couple of things.  First, our take here is speculative- Donald Trump has never voted for anything as a legislator or taken action as a government official. 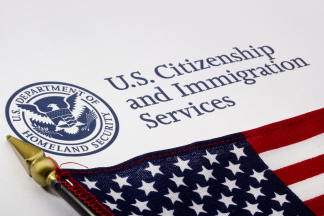 The President’s executive reforms to the U.S. immigration system make a number of very positive changes that have the potential to help millions of people.  Although we have written about various components of the reforms individually, we have summarized six major portions here in one place. Benach Collopy will be offering several free community meetings throughout December and will be offering reduced fee consultations for people who may benefit from these reforms.

Another positive change to the immigration laws announced last night is the Secretary of Homeland Security’s instruction that DHS counsel should prepare a legal memorandum forthcoming that departures pursuant to advance parole will not trigger the three and ten year bars.  This memo is to ensure that all departures on advance parole are treated consistently across the country for unlawful presence purposes. Individuals who have been unlawfully present in the U.S.