It’s another rough day to be an immigration attorney in America. Yesterday, a decision was issued that seriously undermines the ability of immigrants to seek asylum in this country. The administration is continuing its war against immigrants, building its invisible wall to complement the one they want to put on the border and finding new ways to keep immigrants from coming here or from obtaining protections.

A crazy thing about our immigration system it is that the Immigration Courts are entirely under the control of the Department of Justice (DOJ). One of the reasons this is true is because the Attorney General (AG), the head of the DOJ, has the power to single-handedly overturn years of immigration precedent by referring cases to himself for review. Because the AG is the ultimate authority in the DOJ, any decision he makes on a referred case overrules even the Board of Immigration Appeals and becomes precedent that immigration judges must follow in deciding pending and new cases.

Now, in the past, most AGs have used their ability to refer cases sparingly, if at all, probably because they know how insane it is for one person to upend the decisions of hundreds of immigration judges and the appeals court. But not our current AG. No, our current AG, Jefferson Beauregard Sessions III, is gleefully using this power to hurt immigrants. 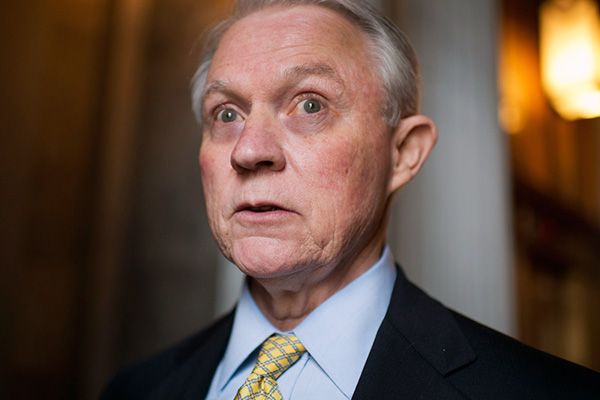 Back in March, the AG referred a case to himself called Matter of A-B-. In that case, a female immigrant from El Salvador was granted asylum by the Board of Immigration Appeals, based on the extensive domestic violence she experienced in her home country. This decision was based on a binding, precedential case from 2014 called Matter of A-R-C-G-, which ruled that a group composed of “married women unable to leave their relationship” could be eligible for asylum (granted, of course, that every asylum claim is decided on a case-by-case basis).

A-R-C-G- was a vital step in allowing victims of domestic violence to seek refuge in this country. The decision was clearly in line with our asylum laws, as was the decision by the Board in A-B-, which overturned the ruling of an immigration judge who thought he could ignore binding legal precedent.

But the anti-immigrant lackey currently serving as AG doesn’t care in the slightest about what the law says. His only goal is to make it harder for immigrants to come to this country, and to deport more immigrants who do. So he referred Matter of A-B- to himself. To the surprise of no one, he came down with a callous decision yesterday that overruled the Board and explicitly overturned Matter of A-R-C-G-.

He based his decision on the fact that in both cases, it wasn’t the government of the home country that had inflicted harm on the immigrant, but rather a private actor (the abuser). He feels that our asylum laws were designed only to protect people from direct persecution by foreign governments or groups who are working on the orders of those governments. Of course, the reason he feels that way is because getting rid of asylum for people who’ve been the victims of private actors means getting rid of asylum for most Central American immigrants.

So it was little wonder that a man like Sessions would jump at the chance to get rid of A-R-C-G- as a case that judges are required to follow. But here’s the big issue:

THAT’S NOT WHAT THE LAW SAYS.

8 U.S.C. § 1101(a)(42)(A) states: “The term ‘refugee’ means any person who is outside any country of such person’s nationality or, in the case of a person having no nationality, is outside any country in which such person last habitually resided, and who is unable or unwilling to return to, and is unable or unwilling to avail himself or herself of the protection of, that country because of persecution or a well-founded fear of persecution on account of race, religion, nationality, membership in a particular social group, or political opinion.”

The key language there is “unwilling or unable to avail himself or herself if the protection of that country.” Under years of immigration precedent, that phrase means that the asylum seeker cannot turn to the government to protect them, because the government is unwilling (if it’s the government itself) or unable (if it’s a private actor) to control the persecutor. It’s literally written into the law that asylum claims can be based on conduct by a private actor.

But it’s becoming more and more clear that Sessions couldn’t care less about the law. The only thing that matters in his hate-filled mind is hurting as many immigrants as possible. So he ignored the laws of the United States, and used A-B- to overturn A-R-C-G-, thus paving the way for immigration judges everywhere to start denying protection for anyone with an asylum claim based on private conduct. For the record, that doesn’t just include victims of domestic violence, but also people who are persecuted by gangs, LGBT folks, and people who stand up to groups like ISIS and Al-Qaeda.

And that’s why the AG’s decision in Matter of A-B- has had me silently screaming in my head for the last day. Thankfully, I am privileged enough to be in a position to defend the people that Sessions and the administration want to harm, and I (and all of us here at Benach Collopy) will continue to do so for as long as it takes to fix this utterly insane situation.