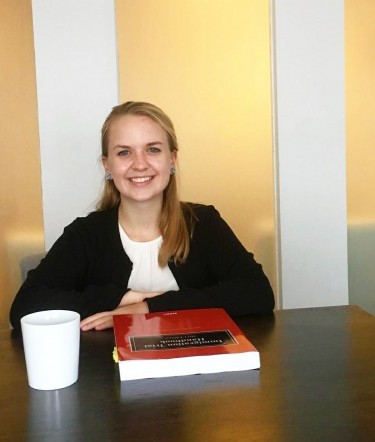 I’m Sophie Macklem-Johnson, and I am about to be a senior at Grinnell College (Dree’s alma mater). I am majoring in History and Spanish, and have a concentration in Latin American Studies. I have been speaking Spanish and learning about Latin America since I was started Kindergarten at a Spanish immersion elementary school in Minnesota. I am sure my parents couldn’t have foreseen how much of an impact their decision to send me to this public school rather than the one in our neighborhood would have on my worldview, values, and career aspirations. I would continue to take Spanish classes throughout my middle and high school career, taking lots of advanced classes with other alumni of the same Spanish immersion school. Though speaking Spanish has been a consistent part of my life, I went into college a bit disillusioned, wanting to learn more about other cultures or topics rather than continue to take Spanish language or literature courses. This changed, however, when I decided to spend a semester in Latin America, having grown up with teachers from nearly every country south of the Rio Grande. I was required to take a higher-level college Spanish course to be able to attend the program I preferred, located in Buenos Aires, Argentina. Taking that course reminded me how valuable the ability to speak another language is, and got me excited to use my improved skills during a semester in South America.

One year ago marks the start of the most transformative year of my life thus far.

On July 21st, 2016, I left my lifeguarding job in Minneapolis to take a 14-hour flight South, not to return until five months later. During those five months, I became more independent, strengthened my Spanish (Castellano, to be exact), explored Buenos Aires and other parts of the Southern Cone, and met many amazing people. In the end, my relationship with my host mom was the most valuable part of my experience, as we would spend hours nearly every night after dinner (“sobremesa”), discussing anything from existential or religious questions to why the Argentinian president was corrupt to whether Gilmore Girls was an accurate representation of teenage life in the United States. Her honesty and compassion not only helped me get through some very isolating times, but also taught me more than I could have imagined about understanding different world views. 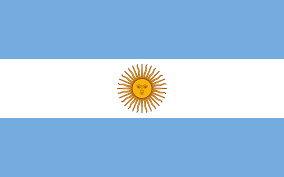 Returning to the U.S. was a confusing time, as I had gone from 80-degree summer heat in Argentina to -20 degree weather in Minnesota, and no grocery store in Minnesota seemed to stock Dulce de Leche. Despite “reverse culture-shock” and other confusing times, my return to the U.S. made one thing very clear: I want to learn as much about Latin America as I can, and I want to pursue some kind of work in which I can help to improve the situations of as many Latin American people as possible.

This summer I have had the privilege to be a full-time immigration intern at Benach Collopy, and it has been an incredible eye-opening experience. I am intrigued by the nuances of the immigration system and case law, despite the perplexing and frustrating rulings that have prevented many deserving asylum-seekers from obtaining legal status in the United States. It has been incredibly rewarding to be able to work on asylum or cancellation of removal cases in the office with Benach Collopy attorneys and paralegals, then attend hearings and witness an immigration judge grant a Salvadorian mother asylum years after fleeing both domestic and gang violence in her home country. Knowing that she and her children will have the opportunity to live without fear because they were able to access qualified and experienced representation through the process is why I intend to pursue a career in immigration law