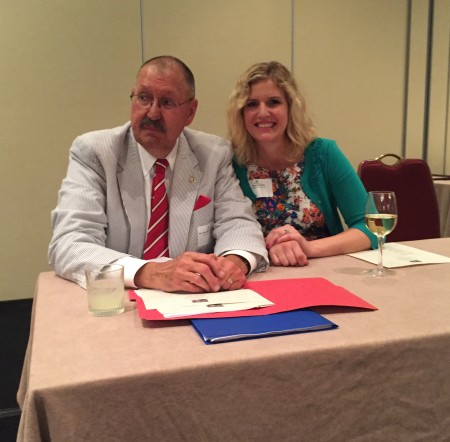 On June 30, 2016, over 300 people gathered to celebrate Immigration Judge Paul Wickham Schmidt and to wish him well in his retirement after a truly remarkable career.  For nearly fifteen years, Judge Schmidt was one of the giants of our local court in Arlington, VA.  Here is his official biography from the Executive Office for Immigration Review and my comments after:

Judge Schmidt was appointed as an Immigration Judge in May 2003.  Prior to his appointment as an Immigration Judge, he served as a Board Member for the Board of Immigration Appeals, Executive Office for Immigration Review, in Falls Church, VA. Judge Schmidt served as Board Chairman from February 12, 1995, until April 9, 2001, when he chose to step down as Chairman to adjudicate cases full-time. While at the Board, he authored the landmark decision Matter of Kasinga, 21 I&N Dec. 357 (BIA 1996), extending asylum protection to victims of female genital mutilation.  Prior to his long tenure with the Executive Office for Immigration Review, Judge Schmidt served as Acting General Counsel of the former Immigration and Naturalization Service (INS) (1986-1987; 1979-1981), where he was instrumental in developing the rules and procedures to implement the Immigration Reform and Control Act of 1986. He also served as the Deputy General Counsel of INS for 10 years (1978-1987). He was the managing partner of the Washington, DC, office of Fragomen, Del Rey & Bernsen (1993-95), and also practiced business immigration law with the Washington, DC, office of Jones, Day, Reavis and Pogue from 1987-92 (partner, 1990-92). Judge Schmidt also served as an adjunct professor of law at George Mason University School of Law in 1989 and at Georgetown University Law Center (2012-14).

I was incredibly honored to be chosen to represent the private bar in delivering remarks about Judge Schmidt and his career at his retirement party.  While honored, preparing my remarks was a task that was somewhat daunting for me.  I wanted my words to be humorous because Judge Schmidt has such a great sense of humor that he has openly shared and that I have truly enjoyed over the years.  But I also wanted them to be meaningful because Judge Schmidt’s career and what he contributed to the field of immigration law as a whole has been so meaningful.  And most importantly, I have such a deep respect and admiration for Judge Schmidt that I wanted him to be pleased with my remarks.  The example that Judge Schmidt set every day on the bench and outside the courtroom has always been incredibly meaningful to me, from over ten years ago when I was a judicial law clerk to today as a practicing attorney.  Following his retirement celebration, I was so pleased to hear from Judge Schmidt that he was happy with my remarks and already enjoying his retirement.

Here is what I had to say about this amazing man and his incredible career:

“Over these past weeks as I’ve been thinking about Judge Schmidt and his amazing career, I thought first about his decades of service to our government and country — which is made clear this evening by the esteemed group joined here to celebrate him.

I also have been thinking about something beyond the law that Judge Schmidt and I have shared over the years…a love of Big 10 sports! 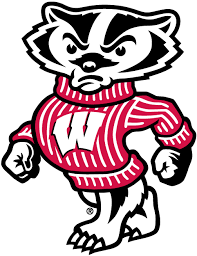 While he certainly has a passion for his sports team, it struck me that Judge Schmidt IS himself a sort of badger.  Whether implementing legislation for the former INS, representing noncitizens and managing private immigration practices, serving on the Board and writing landmark decisions to protect women asylum-seekers, teaching students and mentoring young immigration lawyers, writing articles on immigration law, or adjudicating immigration cases on the bench…Judge Schmidt is a badger…a badger for justice.

Regardless the role or the context, Judge Schmidt is always noble, resourceful, and fair…but, like the badger, when provoked, he is also fearless, tenacious, resilient, and overall, relentless in his pursuit…his pursuit of justice.

Thank you Judge Schmidt for all of your incredible contributions and we wish you an enjoyable retirement! On Wisconsin!