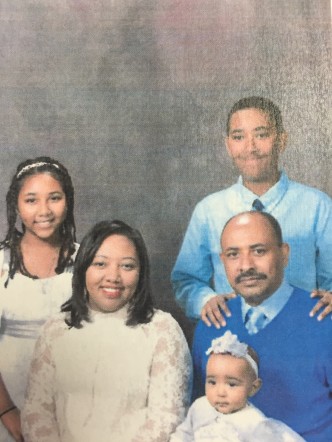 Our client of the month for March 2016 is Mekonnen Firew.  Mekonnen and his wife Hanna are two of the strongest, most resilient people we have ever worked with at Benach Collopy.  They fled Ethiopia in fear for their lives after suffering horrific violence at the hands of the Ethiopian government, who wrongfully believed them to be working with the Oromo Liberation Front (OLF) because of their Oromo ethnicity.  Mekonnen and Hanna, however, had never been politically involved with the OLF.  Rather, they lived lives of hard work and faith, dreaming of having children and living a happy, peaceful life together.  Unfortunately, they could not have that life in Ethiopia, where they were systematically targeted and brutally tortured because of their ethnicity and imputed political opinions.

After fleeing to the United States, Mekonnen and Hanna struggled to secure protection because they fell prey to a bad immigration attorney who made mistake after mistake in representing them.  This attorney did such a poor job that an Immigration Judge, the Board of Immigration Appeals, and the Fourth Circuit Court of Appeals all denied them asylum protection despite the clear persecution and torture they and suffered.  They came to Benach Collopy attorneys with a letter ordering them to appear for their imminent deportation, and that is when Dree Collopy began her work to get their case reopened.  Dree convinced the Board of Immigration Appeals to reopen and remand Mekonnen’s case to the Immigration Judge for a new hearing, and then represented Mekonnen before the Immigration Judge to again seek protection on his behalf.  This time, the Immigration Judge granted him asylum and Mekonnen and Hanna have been residing safely in the United States as asylees ever since then.

Unfortunately, however, their struggles with the broken U.S. immigration system were not over.  Under our laws, an asylee can apply for permanent resident status, also known as a “green card,” after one year in the United States in asylee status.  Mekonnen filed his application with U.S. Citizenship and Immigration Services in 2011.  However, three years later, in 2014, his application still had not been adjudicated.  He went back to his attorney Dree, who immediately began working to get to the bottom of the delay.  Dree eventually discovered that Mekonnen’s application had been put “on hold” because the OLF had been designated as a Tier III terrorist organization, and therefore, anyone who had provided “material support” to that organization could not be granted adjustment of status.  However, Mekonnen had done nothing of the sort.  He was never a member of the OLF, nor had he ever supported them in any way.  Ironically, the U.S. government had made the same mistake as the Ethiopian government had in assuming that Mekonnen was connected to the OLF.  Dree and Senior Paralegal Satsita Muradova immediately sprung into action to challenge this allegation.  They prepared and filed requests that U.S. Citizenship and Immigration Services investigate this improper “hold” on Mekonnen’s application and presented arguments that Mekonnen had never provided material support to the OLF.

Thanks to these efforts, five years after filing his application to adjust status, the U.S. government finally recognized its mistake and Mekonnen is now a permanent resident of the United States.  He and his wife Hanna are now able to live the safe, happy, and peaceful life that they had always dreamed of together in the United States with their three beautiful children.  Congratulations Mekonnen and Hanna!