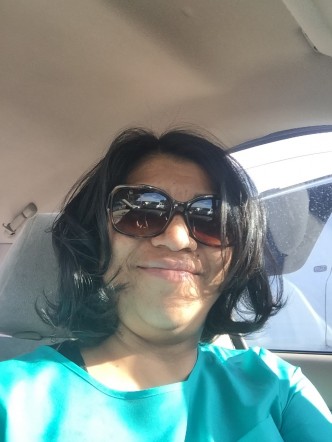 For September 2015, we are proud to present Aura Carrera of Heber City, Utah as our client of the month.  Her green card arrived last month and she is heading home to Guatemala for the first time in over twenty years, a resident returning to visit family after nearly a quarter century.

Aura’s case was a fight from the beginning.  When she came to Ava Benach, Aura had a removal order from an immigration judge in Salt Lake City, Utah and a determination for the U.S. Citizenship & Immigration Service that she entered into her 15 year old marriage “solely for the purpose of obtaining residence.”  Aura’s twenty years in the U.S. were in jeopardy.  The process that got Aura to that point was completely disgusting.

Aura had sought residence based upon her marriage to H, a permanent resident.  She and H married over 15 years ago.  While they never divorced, they lived in separate states due to job demands.  After a full hearing on the matter, the immigration judge stated that he intended to grant the application.  However, the judge stated that he needed the latest tax returns, which were not available.  He reset the case for another date, where Aura simply needed to bring the tax returns and he would enter the order granting residence.  Before that could happen, a lawyer for Immigration & Customs Enforcement (ICE), which represents DHS in court, went to the Citizenship & Immigration Service (CIS), which has authority over marriage based immigrant petitions, and demanded that CIS revoke the petition because Aura and H were separated.  Now, there is nothing in the law that states that separation is a cause to deny or revoke a marriage petition.  As long as a marriage is valid at its inception, the law recognizes it for immigration purposes, even if the couple has separated.  The CIS obediently complied with ICE.  Knowing that separation was insufficient to revoke the petition, the CIS simply stated that information has come to light doubting the bona fide nature of the marriage.  The CIS did not identify what the information was.  Three days before the reset hearing, where Aura was supposed to get her green card, the CIS sent Aura a “Notice of Intent to Revoke” the petition they approved twelve years earlier.  Based upon that, the Judge stated that he could not grant residence and continued the case to find out what happens with the petition.  While Aura’s lawyer responded to the CIS, (not really sure how he could, given that they have no basis for their conclusion), the die was cast.  CIS was going to revoke.  Aura’s lawyer appealed the revocation.  Without an approved petition, the judge c 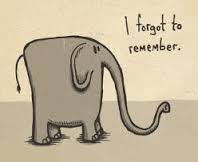 ould not grant residence so the Judge continued the case while the appeal was pending, holding off on entering a removal order.  He did this five times.  However, on Aura’s sixth time in front of the judge, it seems the judge may have forgot why he kept continuing the case.  He stated that he could not grant adjustment without a petition and said that he had no choice but to order her removed.

At that point Aura hired Ava Benach.  Ava appealed the judge’s decision to the Board of Immigration Appeals.  She then had Aura’s U.S. citizen daughter file a new petition for her mother.  The law states that CIS could not grant a new petition for Aura if she had previously been involved in a fake marriage.  Of course, they had accused her of being in a fake 15 year marriage, so we did not really know how CIS would treat the new petition.  Although we disclosed the previous petition, CIS approved the new petition.  Upon approval of the petition, Ava filed a motion to the BIA to send the deportation case back to the immigration judge to consider a new green card application.  This application would be based upon her daughter’s approved petition.  The BIA granted the motion and sent the case to the judge.

After months in which ICE said nothing about the case, we finally went to a final hearing in front of the judge.  At that hearing, ICE informed the court that they were sending Aura’s daughter’s petition back to CIS for consideration of revocation.  Ava convinced the judge to terminate removal proceedings against Aura and to send the entire case to the CIS.  Years after being placed into deportation proceedings, the specter of deportation was lifted from Aura.  However, she still did not have a green card.

Several months later, Ava travelled to Salt Lake City (again) for an interview on Aura’s green card application with the CIS.  At that interview, the CIS stated that they did not intend to revoke the 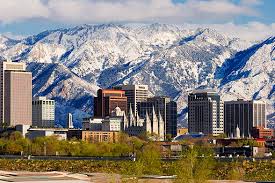 new petition.  They believed that the marriage was bona fide.  However, the case file still had the revoked petition in it.  That petition’s revocation was still on appeal with the BIA.  Until the decision to revoke was overturned, the CIS stated it could not grant the adjustment application. Moreover, the CIS had sent the revoked petition to the BIA under the wrong A number.  No wonder there was no record.

Ava lost her cool.  She filed a brief to the BIA arguing that the BIA had to undo the revocation because the CIS did not follow the rules by citing no reason whatsoever for their determination that the marriage was not bona fide.  Aura had no chance to respond to that in a meaningful way.  The BIA agreed and DHS lost at the BIA for the second time in this case.  The BIA vacated the revocation and reinstated the petition.  After that, CIS quickly granted the application for residence.

Aura received her green card in August.  She is going home for the first time in 20 years.