100 women, 100 miles. Waving banners, singing hymns, pushing strollers and full of hope – that’s how 100 women walked 100 miles from an immigration detention center in York, Pennsylvania all the way to Washington, DC, where they arrived Tuesday night. They w 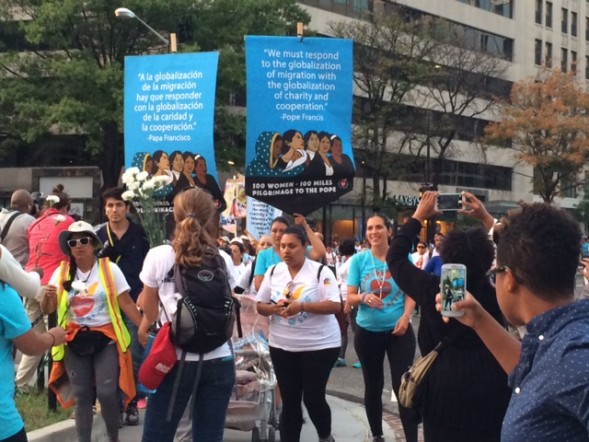 The women — mostly Hispanic, many undocumented — do not expect to see Pope Francis during his U.S. visit. But they walked to the nation’s capital anyway, quietly confident that their message of dignity and compassion for undocumented immigrants would be heard as clearly as the pope’s call for people of all faiths to show mercy to the poor.

These women, organized by the immigrant advocacy group, We Belong Together, began their journey on September 15. They walked for eight days, arriving in Washington, D.C. on the same day Pope Francis touched down at Andrews Air Force Base.

I, along with other members of Benach Collopy LLP (Satsita Muradova, Ava Benach and Lauren Barger), was able to be part of their last candlelight vigil, where they shared their personal stories, the motives driving them, and their satisfaction in reaching such an important milestone. Their desire is simple: they want comprehensive immigration reform that would allow them to keep their families together. 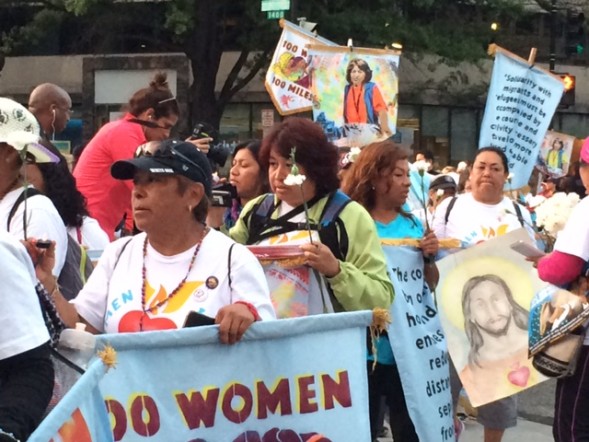 I was particularly touched by Monique’s story. Monique came on behalf of the Unitarian Universalist Association of Massachusetts and she talked about how her family, during the war in Vietnam, had to sell everything they owned and move to another country seeking a better life. For years, they tried in vain to obtain legal status in the United States. When Monique’s mother became very ill, her family was forced to make the difficult choice so many undocumented immigrants have to make: stay here and miss a final opportunity to be with a loved one, or travel abroad and be banished from everything and everyone you’ve come to know and love. Listen to Monique’s beautiful message:

I’m here for the son, who misses his mother’s heartbeat as he falls asleep at night.

I’m here for the mother, who has not seen her children in decades yet sends money home to ensure that food is on the table.

I’m here for those sisters, who wish to celebrate their kid’s birthday together.

I’m here for the daughter, who desperately hopes to be by her dying mother’s side to soothe her final pains.