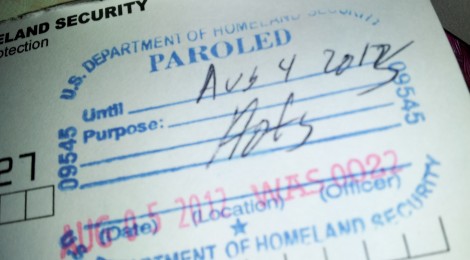 Perhaps, there is a silver lining here.  Perhaps, the administration gets a chance to revisit an option that was surely presented to it, but just as surely rejected by the administration as too far-reaching.  Ironically, this alternative approach would have been on far more solid legal ground than the expansion of deferred action.  We are referring to “parole.”  Parole is the authority to inspect and allow to enter any person that is ineligible for admission.  Congress has granted the executive branch with broad discretionary parole authority.  Immigration & Nationality Act Sec. 212(d)(5)(A) states that the Secretary of Homeland Security “may . . . in his discretion parole into the United States temporarily under such conditions as he may prescribe only on a case-by-case basis for urgent humanitarian reasons or significant public benefit any alien applying for admission to the United States.”  This authority would allow the administration to establish a procedure by which individuals could apply for admission and seek parole.  There is precedent for granting parole to individuals who are already in the United States.  This process is known as parole in place, which we discussed here in August.  It allows an individual already in the U.S. to present themselves for inspection and seek parole without leaving the country.  Most recently, parole in place has been used to allow the undocumented relatives of members and veterans of our Armed Forces to obtain lawful immigration status.

This option was likely rejected by the administration because once an individual has been paroled into the U.S., they are eligible to adjust status to permanent residence if they are the beneficiary of certain immigrant petitions.  By extending parole in place, the administration would have opened the door to permanent residence for thousands of undocumented individuals.  It is all but certain that the administration did not want to be accused of granting residence to these individuals.  Somehow, it was deemed more politically palatable to place individuals into quasi-limbo deferred action.  By shrinking the prize, the administration must have thought that they would have gotten less opposition.  How wrong they were again.  Congress is on the verge of shutting down the Department of Homeland Security over the administration’s executive action program and, of course, 26 states have filed suit against executive action and convinced a judge to put a stop on the EA program.

The irony is that paroling individuals into the U.S. would have been easier to defend legally than the deferred action program has proven to be.  A key thread running through Judge Hanen’s decision is that Congress has passed no law giving the President broad authority to use deferred action this way.  Such a thing could not be said about parole.  As stated above, Congress has given the executive broad authority to parole individuals into the United States.  This authority is placed “in the discretion” of and “under such conditions as he may prescribe”the Secretary of Homeland Security.  There are multiple laws that insulate discretionary determinations from judicial review.  Congress itself in INA 242(a)(2)(B) stated that “no court shall have jurisdiction to review . . . any other decision or action of the Secretary of Homeland Security for which is specified under this title to be in the discretion of the Secretary of Homeland Security.”  In addition, the Administrative Procedures Act (APA), which Judge Hanen used to stay executive action, contains an exclusion to review of “discretionary determinations.”  Finally, terms such as “urgent humanitarian reasons” and “significant public benefit” are the types of determinations that the judiciary will, generally, not review and will leave to the the determination of the administration.

Hopefully, the White House will embrace the solution of parole and have a bigger impact than they could have ever imagined.

4 thoughts on “After Hanen: How Parole Could Solve the Administration’s Executive Action Quandary”