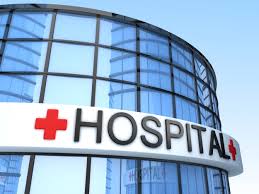 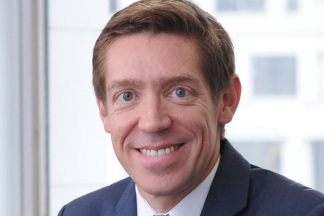 Just before Thanksgiving, we filed suit in federal district court against U.S. Citizenship and Immigration Services (USCIS) on behalf of a hospital staffing services company. Our lawsuit challenged the agency’s denial of an H-1B specialty occupation visa to a foreign physician whom the company sought to employ to care for patients in a low-income, medically underserved area. This is a story of why litigation matters, and why suing the government is sometimes the only way to achieve a just outcome. Last Friday, a mere fourteen days after the lawsuit was filed, USCIS reopened the case, reconsidered its prior denial, and approved the H-1B visa. The company will get its physician, the physician will get to stay in the U.S. and continue his work in internal medicine, and the residents of the medically underserved area will be afforded the quality medical care they so desperately need. But there’s more to the story …

Many communities throughout the U.S. lack sufficient, quality health care services. Their local hospitals are not sufficiently staffed and the specialties and expertise that many patients require are simply unavailable. Thus, certain regions of the country are designated by the federal government as health professional shortage areas, because they struggle to attract qualified doctors and nurses who are willing to live and work in often rural areas where the residents may be poor or low-income. In an effort to meet this need, Congress passed a law whereby foreign physicians who would otherwise have to leave the U.S. upon completion of their residency – and remain outside the country for at least two years – can waive this requirement by committing to spend three years in a health professional shortage area. The program makes sense – patients in medically underserved communities get a qualified, committed physician and the foreign doctor avoids a two-year exile from the United States. 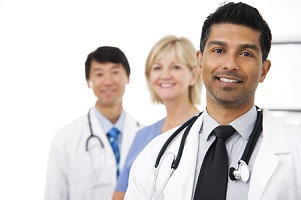 The physician whom our client sought to employ is typical of those who benefit from the program. After completing his residency at a U.S. hospital, he was granted a waiver of the two-year home residency requirement in exchange for his agreement to serve in one of the state’s health professional shortage areas. He was offered a position as an internal medicine physician by the hospital staffing services company, which then filed a petition for an H-1B visa on his behalf. Everything appeared to be in order and it seemed only a matter of time before the visa would be issued. But the immigration service had other ideas.

Rather than approve a straightforward petition filed by a company that had never before been denied an H-1B visa, USCIS issued a lengthy request for additional evidence (RFE), questioning the nature of the job of the viability of the petitioner. The company promptly submitted a detailed response. The agency then issued a second RFE, asking for yet more information and documentation – all of which had previously been provided. Once again, the company filed a thorough response and gave the agency everything it asked for. But USCIS was not convinced, and issued a lengthy decision denying the H-1B petition – based on a purported (and insignificant) discrepancy that had not been raised in either of the RFEs. Remarkably, the agency expressed doubt that the company had made a “credible offer of employment as an Internal Medicine Physician.”

At this point, we were contacted by the attorney who represented the company before USCIS. She knew the agency’s decision was wrong and sought our help in overcoming the denial. Once we’d reviewed the decision and the underlying materials, we agreed, and proposed that litigation in federal court – rather than a protracted administrative appeal – was the best course. The company agreed, so we filed suit challenging the agency’s decision under the Administrative Procedure Act (APA) as arbitrary, capricious, contrary to law and past agency practice, and unsupported by substantial evidence. We described the merits of the petition and detailed the hardships visited upon the company, the physician, and the medically underserved community impacted by the loss of a qualified doctor. To fast-track the case, we also filed a motion for preliminary injunction, asking the Court to enjoin USCIS from its erroneous decision and order the agency to issue the visa.

And it worked. Our litigation forced the agency to reexamine the petition and consider whether its myopic decision could withstand the scrutiny of a federal judge. Just two weeks after the case was filed – and one week before a scheduled court hearing – USCIS reopened the case on its own motion and granted the H-1B petition. Today, instead of packing his bags and preparing his family for an early and unexpected departure from the United States, the physician will go to work in a community in dire need of his services. Suing the government isn’t always the best option, but sometimes it’s the only strategy that works.