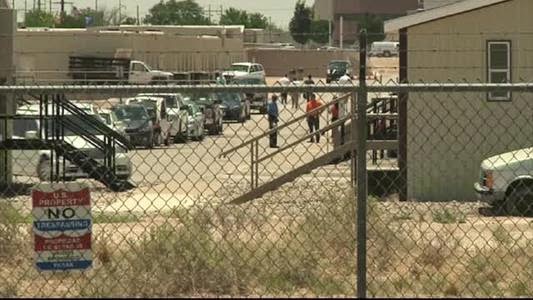 Olsi Vrapi is a Friend of Benach Collopy who practices in Albuquerque, New Mexico.  He recently found himself on the front line of the battle of how to handle the major influx of refugee children at the Southern Border.  In this chilling blogpost entitled “The Artesia Experience,” Olsi describes his experience visiting his client in the new facility in Artesia, New Mexico where the government is detaining Central American children and families.  His conclusion is brutally honest:

My impression of the Artesia makeshift detention center is that it is a due process travesty.  Is it really coincidence that a detention center was set up overnight in the middle of nowhere where the closest immigration lawyer or non-profit (which by the way can’t provide direct representation) is 3+ hours away?  In the few weeks it has been in operation, there have been no non-profits doing legal orientation programs, there are no non-profits that provide direct representation to those detained there and asylum interviews and hearings are happening so fast and are so short that even the most diligent detainees can’t get counsel fast enough to be advised before they are interviewed or are given any meaningful opportunity to tell their stories.  It appears the government is paying lip service to due process and just going through the statutory and regulatory requirements as fast as possible so they can give a semblance of compliance while the airplane to central America is warming its engines in nearby Roswell.  This is the same as a child being asked to clean his room, and he stuffs everything under the bed to “comply” with the command and ends up making it worse, except in our cases it’s not a matter of putting dirty laundry in the hamper, it’s women and children that can get killed if returned home.  As a father of three small children, I can’t help the kids’ analogies.

To make matters worse, Congress is using the crisis as an attempt to roll back well-established asylum protections.  Yesterday, Dree Collopy wrote about the horrendous legislation being proposed by Congressman Bob Goodlatte (R-VA) that would undermine critical protections for refugees and asylum-seekers.  As bad as the current system is, Congress can make it worse.  The Capital Area Immigrants Rights Coalition has a good summary of the legislation and provides a quick link to contact Congress.

Thanks to Olsi for representing families in Artesia and sharing their story with the world.