A couple of months ago, I got to enjoy my fifteen minutes of fame when my client became the poster child for problems caused for immigrants in immigration court by the government shutdown.  I wrote a blog piece, wrote another for the American Immigration Lawyer’s Association and, next thing I know, I am speaking to Robert Siegel of NPR’s All Things Considered and people I have not heard from in decades called me to say they heard me on the radio.  But, eventually, my fame wore off and I still had to fix this young woman’s situation. 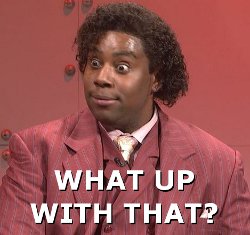 As way of background, my client, a 21 year old college junior who has been here since she was four years old, applied for cancellation of removal from the Immigration Judge.  Cancellation is available to an individual who has been unlawfully present in the U.S. for at least ten years, possesses good moral character and whose removal would cause exceptional and extremely unusual hardship to a U.S. citizen or permanent resident spouse, parent or child.  Congress has decided that only 4000 cancellation cases should be granted every year.  For many years, the 4000 quota was enough for the entire country.  However, as the Obama administration put many more people into removal proceedings, more people applied.  And guess what?  Given a day in court, more people were able to convince judges that they were good people with longstanding ties to the U.S. and deporting them would cause their families tremendous hardship.  By December 2012, the Office of the Chief Immigration Judge announced that they had run out of cancellation visas for the entire fiscal year, which had started barely two months earlier.  My client had a hearing in December 2012, in which she was informed by the Judge that there were no more cancellation grants available and the case would need to be continued.  The case was reset until October 2013.  The irony at that time was that she had originally been scheduled in October 2012, when cancellation numbers were available, but had to be rescheduled when the court was shut down due to flooding in lower Manhattan as a result of Hurricane Sandy.

Fast forward to October 2013 and the government shutdown cancels her latest hearing.  The New York, upon reopening, quickly sent out a hearing notice for March 30.  However, on March 28, the court called me to inform me that the case would need to be rescheduled because the judge had been selected for jury duty!  We were rescheduled for April 18 at 2:00 PM, a date that greatly concerned me as it was Good Friday.  Sure enough, the court called the day before and asked us to come in earlier, which we happily did.  At the hearing, the government informed the court that it agreed with our request to grant our client cancellation of removal.  It took all of fifteen minutes.  The Judge was glad to do so, but explained that there are no cancellation numbers and that my client would be placed in the queue based upon the date and time of her case and would be notified when a number became available to her.  The case could not be “granted” until then.  So, my client, while relieved that she will ultimately be granted, remains in a precarious limbo by another absurd anomaly of our immigration laws- that only 4000 of these may be granted in a given year.  Who knows where Congress got that number?

My client is just one of millions of people left in a state of limbo by Congress’ inability to address the crisis of immigration law.  In this case, my client has DACA and I probably could have gotten the removal case dismissed.  The government stipulated to relief, meaning she would get her green card.  It is hard to say that, in this one case, the problem is the administration.  Like all other arbitrary caps and quotas, such as the H-1B cap, the former cap on asylee adjustment, and caps on immigrant visas, Congress needs to act.