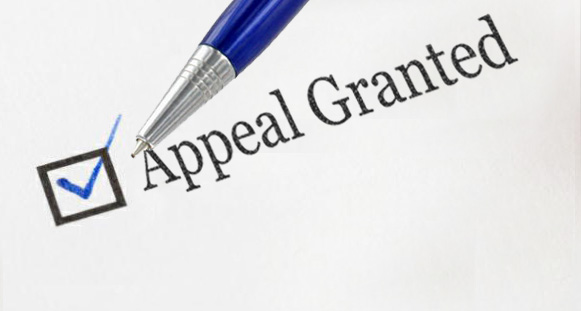 Mr. Temu is a Tanzanian national whose mental illness caused him to enter the traffic on the streets of Dar Es Salaam to direct traffic because he believed that he had the power to prevent accidents with his hands.  This behavior caught the attention of Tanzanian authorities who deposited him in a hospital, where he was subjected to beatings by the nurses.  Tanzanian custom sees mental illness as demonic inhabitation and treatment is in the form of beatings.  During these beatings, Mr. Temu was told “this is how we treat people like you.”  They referred to him by the name of “mwenda wazimu,” a Tanzanian term for those with visible severe mental illness which literally means “demon possessed.”

Mr. Temu eventually made his way to the U.S. and sought asylum arguing that he faced persecution on account of his membership in the social group of individuals with bipolar disorder who exhibit erratic behavior.  The Immigration Judge denied Mr. Temu asylum stating that his proposed social group lacked the required elements of immutability, particularity, and social visibility.   Moreover, the IJ held that Mr. Temu was not persecuted on account of this social group.  However, the IJ did find that Mr. Temu merited relief under the Convention Against Torture (CAT) because he had been tortured by his nurses and guard because he was mentally ill.  The Board of Immigration Appeals affirmed the IJ’s ruling.

The 4th circuit rejected the IJ and BIA’s reasoning.  “It is impossible to square the BIA’s conclusions with the undisputed facts of this case.”  Reviewing the fact that Mr. Temu credibly testified that nurses beat him and told

The court also engaged in an expansive analysis of the BIA’s requirements for classification of a particular social group: (1) immutability; (2) particularity; and (3) social visibility.  Of these requirements, the social visibility standard has been the most problematic.  The court stated unequivocally that “social visibility does not mean ocular visibility.”  In other words, for a group to be socially visible, it is not necessary that all members be identified by sight.  The court quoted a dissent from Judge Alex Kozinski of the 9th Circuit in which he explained that, for example, in the United States “Vietnam veterans, . . . cancer survivors, blind people, Cajuns, practitioners of Falun Gong, and hippies” would likely be identified as social groups whereas “second-born children and haters of broccoli would not.”  Social visibility relates to whether society views them as a group and not whether they are identifiable on sight.  The court found that since Tanzanian society views the “mwenda wazimu” as a group, that is all that the social visibility test requires.  The court also discussed particularity, a requirement that demands that a proposed social group have identifiable boundaries.  The IJ noted that not all bipolar people engage in erratic behavior and not all those who engage in erratic behavior are bipolar.  The 4th Circuit held that the BIA ad IJs must consider the social group formulation as a whole and not broken into component parts.  When taken as a whole, the social group of “bipolar individuals who exhibit erratic behavior” is sufficient to particularize the group.  Finally, the court found that the BIA and IJ were wrong on whether Mr. Temu’s condition was immutable.  The IJ had concluded that since Mr. Temu’s condition could be controlled with medication, it was not immutable.  However, the IJ also made the factual findings that Mr. Temu had been abandoned by his family in Tanzania and that the medicines he required were not widely available in Tanzania.  The court concluded that “Mr. Temu’s membership in his proposed group is not something he has the power to change.”

One judge on the three judge panel dissented and stated that he would defer to the BIA’s findings.

The case has been sent back to the immigration court and it is likely given this ruling that Mr. Temu will receive asylum.  This will help Mr. Temu get the assistance and medication he needs to remain stable and a chance at a life far removed from the beatings and deprivations he endured in his home country due to his mental illness.

This case was brought by some outstanding lawyers, Katie Bukrinsky and Thomas Tynan at McDermott Will & Emery, working pro bono.  It is a case that was identified by the fierce and lovely lawyers from the Capital Area Immigrant Rights Coalition and Stephen Dekovich of CAIR submitted an amicus brief on behalf of the organization, which has labored for years to advance the rights of the mentally ill in immigration proceedings.  Finally, I had the honor to participate in moot court events to prepare these talented advocates for oral argument.  BR sends our heartiest congratulations to all those involved and to Mr. Temu for having the courage and resourcefulness to take this to the circuit after being shut out by the Judge and the BIA.

One thought on “Another 4th Circuit Social Group Victory! When is mental illness not like hating broccoli?”