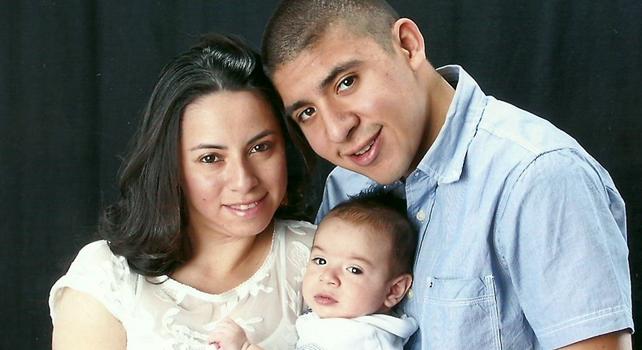 Our clients of the month for December 2013 are Clemens Osorio Tello and Yury Soto Cabrera. As an active member of the U.S. Coast Guard, Clemens has dedicated his career to serving his country. Yet, his service was considerably limited when he married his Guatemalan wife Yury. Because Yury was undocumented, the U.S. Coast Guard stripped Clemens of his security clearance. Clemens and Yury began to pursue lawful permanent resident status for Yury, but they learned that because Yury entered without a visa, Yury could not become a lawful permanent resident based on their marriage while she was in the U.S. However, if she left the U.S. to apply at the consulate, her departure would trigger a ten year bar to re-entering the U.S. Clemens was faced with an impossible choice between serving his country and being with the love of his life, Yury. When they came to us, we told Clemens and Yury about Parole in Place (“PIP”), a tool to minimize periods of family separation by facilitating the adjustment of status within the United States of certain family members of U.S. military members. PIP is a purely discretionary remedy that takes into account the negative impact that the separation of family members may have on a military member’s morale, readiness, and ability to complete his service. We assisted Clemens and Yury in applying for PIP, providing evidence of Clemens’ dedicated military service and the hardship that he would suffer if he and Yury had to be separated for ten years in order for Yury to obtain her visa at the consulate in Guatemala. U.S. Citizenship and Immigration Services (“USCIS”) granted Yury’s application for PIP, making her eligible to apply for adjustment of status in the United States. We submitted Yury’s application to adjust status, however, at that time, despite clearly articulated policy from the Secretary of Homeland Security, some USCIS offices were questioning the legal authority to actually grant adjustment of status to individuals who had been granted PIP. Many USCIS offices placed PIP-based adjustment of status applications on hold awaiting guidance from the Office of the Director for USCIS. Thankfully, after years of awaiting this guidance, the USCIS Office ofthe Director issued its policy memorandum on November 15, 2013, clarifying that individuals who had been granted PIP were eligible to adjust status in the United States. Yury’s application to adjust status was granted a week later. Yury is now a permanent resident of the United States, and Clemens is no longer faced with the impossible choice between his family and his service to his country. He, Yury, and their son Daniel can now move forward with their lives together in the United States.