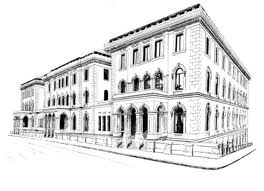 This week, the U.S. Court of Appeals for the Fourth Circuit, the federal appellate court which sets federal law in Maryland, Virginia, West Virginia and the Carolinas, will hear two cases regarding U.S. asylum law.  In Temu v. Holder and Martinez v. Holder, the court will consider the contours of the protected ground of “particular social group.”  The decisions in these cases will determine whether asylum law will be more inclusive or whether the law will shut many deserving applicants out of the protection of asylum.

Asylum may be granted to an individual who can demonstrate that she has suffered persecution or has a well-founded fear of persecution in her home country on account of her race, religion, nationality, political opinion or membership in a particular social group.  These five bases for asylum are known as “protected grounds.”  Whereas political opinion, race, religion, and nationality are all fairly intuitive, U.S. law has had to define “particular social group” on a case-by-case basis.  The results have been fairly uneven.  The watershed decision establishing what constitutes a particular social group is a 1985 decision by the Board of Immigration Appeals, Matter of Acosta.  In Acosta, the Board defined a particular social group as a group of individuals who share a certain immutable characteristic that can not be changed or is so fundamental to their identity that they should not be required to change.  The Acosta definition served asylum law pretty well for two decades.  Since Acosta, homosexuals, members of clans, family relationships, women opposed to female genital mutilation, women who refuse to conform to strict religious codes, and women seeking escape from domestic violence have all been recognized as social groups for the purposes of asylum.

However, in the last few years, the Acosta standard has come under attack by the Board of Immigration Appeals.  In Matter of C-A-, the BIA added a new element to the standard Acosta definition: social visibility.  While purporting to uphold the Acosta definition, the BIA stated that members of a particular social group must “be easily recognizable and understood by others to constitute social groups.”  By emphasizing social visibility, the BIA added a new element and resulted in denying asylum to a confidential informant against the Cali cartel whose life was in danger as his informing activities had been discovered.  The BIA found that confidential informant, by their very nature were not recognizable to the public.  The carnage continued with Matter of SEG and Matter of EAG.  In Matter of SEG, the BIA held that Salvadoran youth whose life was in danger because they had resisted recruitment by gangs did not constitute a social group that was recognizable to members of society.  In Matter of EAG, the BIA also found that persons resistant to gang membership and those who might be mistakenly identified by police as gang members did not qualify as social groups.  CA, SEG and EAG have severely limited the class of individuals who could qualify for asylum by claiming persecution on account of membership in a particular social group.

The 4th Circuit will now consider in Martinez whether a young man who was conscripted into a gang and subsequently left can obtain protection under U.S. asylum law.  Mr. Martinez was attacked on multiple occasions and was aware that gang leaders had given the “green light” to other gang members that they were free to murder their former compatriot.  In its decision in Martinez, the BIA decided that Congress could not have intended gang membership and therefore former gang membership to create an opportunity for protection under U.S. law.  Congress could not have intended for criminal gangs to be social groups worthy of protections of U.S. law.  The 4th must decide whether former gang membership is immutable and how closely it will adhere to the BIA’s social visibility test.

Both cases are being argued by experienced and talented lawyers who are working pro bono.  Argument is this week and we expect decisions in the spring.  We will keep you updated and have our fingers crossed that the law will become more welcoming from those seeking violence and persecution in their home countries.