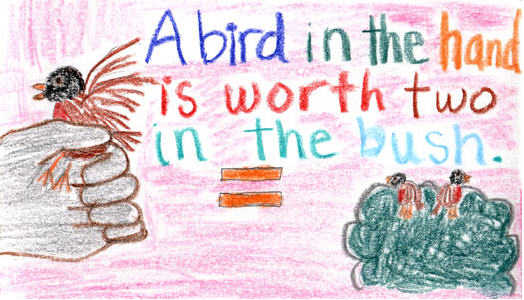 The optimism and hope that have been generated by all of the hype around immigration reform has been intense.  Every day, a new prominent political figure comes out in favor of immigration reform.  Look, Sean Hannity!  Condoleeza Rice!  Was that closet really big enough for Fox News Chairman Roger Ailes? Eric Cantor and John Boehner now support the DREAM Act after voting against it in 2010!  It is enough not only to induce whiplash, but it is creating a frenzy of anticipation that often manifests itself in odd ways in the privacy of a consultation with an immigration lawyer. Specifically, many people are now asking, should I just wait for immigration reform?

For the past couple of years, the last resort of the hopeless case was the possibility of immigration reform.  The whiff of a chance of a possibility of potential reform was the only bit of hope that we could muster for some folks who came into our offices.  After we explained that the law did not provide them with any practical options, we were able to console the client with the hope that someday the political system will come to their rescue. As the day becomes more and more visible, the number of people considering doing nothing and hoping for the best appears to have increased.

Frankly, that has always been a pretty decent option for many people.  People who entered the U.S. illegally and had few significant family ties generally had little opportunity to fix their immigration situation.  Sure, we could do some long shot application with little chance of success that would cost a lot of money.  But we often advised people not to spend their money on quixotic ventures and to sit back and see whether the law will develop in a way that could benefit them.  Wait and see was really the best advice.

The biggest example of this is the I-601A provisional waiver.  The government has changed the process of seeking waivers of inadmissibility for those spouses of U.S. citizens who are only inadmissible due to unlawful presence.  By allowing the couple to seek a waiver of inadmissibility in the U.S. before making an uncertain trip to the U.S. embassy in their home country, the administration has removed a formidable obstacle to legalization of thousands of immigrants married to Americans who are unwilling to take the risk of being separated from their families for up to a decade. This procedural change has the potential to allow thousands of people to legalize their status.

Yet, just as these very important and welcome changes take effect, people are pulling back.  Why should I try to seek a waiver when Obama is going to legalize everyone anyway?  The answer is the old cliche about the bird in hand.  The provisional waiver is the bird in hand and, as much as we believe it is going to happen, and as much as we want it to happen, immigration reform is not a done deal and can collapse.  It has happened before.  There are forces assembled to fight immigration reform tooth and nail.  They will find a ready audience in much of the Republican caucus in the House, always fertile ground for anti-immigrant sentiment.  Even if Congress passes immigration reform, there is no guarantee it will include a path to citizenship.  The Senate plan offers applicants a temporary status that will last until a border commission says that the border is secure, an automated entry and exit system is imposed, and the entire backlog is cleared.  Senator Dick Durbin, one of the most pro-immigrant Senators, said that that temporary status could last as long as ten years!  At the end of those ten years, applicants can seek residence!  To paraphrase the Beatles, the path to citizenship is the long and winding road.  If it even happens!

The provisional waiver is law.  It is really happening and people can use it to fix their status and obtain residence.  No temporary status.  No watching committees and reading the tea leaves of pundits and politicians.  It is in the Code of Federal Regulations and there is a form.  Nothing in immigration is real until there is a form and the provisional waiver has a form- the I-601A.

The provisional waiver is not perfect.  It needs to be available more widely.  But it has the advantage of being law.  A bird in hand.  Over years in immigration law, we have learned that one must take the opportunities presented to you.  The government fails to bring conviction records to a hearing, move to terminate removal proceedings.  The government fails to oppose a motion to reopen, file a notification of non-opposition.  Seek an extension of work authorization even though the residence interview is in two weeks.  Immigration law is so stacked against the immigrant that we must take those opportunities presented to us when they are presented.  They may not come again.

5 thoughts on “Should I Seek a Provisional Waiver or Just Wait for Immigration Reform?”