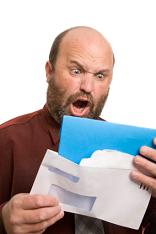 The Migration Policy Institute recently released a study documenting that the U.S. government spent $18 billion on immigration enforcement, dwarfing the $14 million spent on other federal law enforcement agencies. The FBI, the DEA and the ATF, combined, received $14 billion.  Immigration & Customs Enforcement’s budget, alone, is $6 billion.  Something is seriously out of whack here.

None of this is surprising to immigration attorneys.  ICE runs a gulag archipelago of detention centers across the country, holding immigrants who have overstayed visas, entered without inspection, seek asylum, and  committed minor offenses.  ICE has continued to push in the federal courts for expansive definitions of mandatory detention, even if it means detaining people for offenses committed decades ago.  In 2011, ICE detained over 429,000 people, more than any other single government entity.  More than the Bureau of Prisons, the States of California, Texas, Florida, and New York.  ICE operates in its own jails, rents out space at local jails and contracts with private companies like the GEO corporation to manage this enormous population.  In addition, ICE has contracts with BI Incorporated to monitor individuals with final orders of removal.  This often involves ankle bracelets with GPS, telephonic and in-person reporting.  BI officials also monitor an individual’s efforts to obtain passports and plane tickets to depart the U.S. under an removal order.  In other words, they do ICE’s job.  And, frankly, they are pretty good at it.  Over 400,000 removals in 2011 shows how good BI is.  If budget hawks are serious about making government run like a business, how about saving money by eliminating the middleman?

The large budgetary excess for immigration enforcement also provides an explanation for the massive ICE resistance to immigration reform.  After all, if undocumented youth are getting DACA rather than being detained and deported, bed spaced is being underutilized and removals may go down.  In our current economic environment, it won’t be long before some budget-cutting legislator begins to question the excess of the the immigration enforcement budget.  If ICE were to exercise discretion and not detain and deport everyone that they possibly could, can they fulfill their contracts with the private companies that have built jails throughout the country.  If ICE were to take a more reasonable approach to enforcement, would they need to send out 20 agents before dawn to arrest four plumbers working a contract at Dulles because they are working on fake green cards?

The large amount of money at stake for immigration enforcement makes it clear that the efforts of some ICE bureaucrats to derail common-sense immigration reform is a result not of a principled belief in our national security and public safety, but rather to protect their exalted place at the public trough.

As we spend months debating the economic future of this country and what immigration reform will look like, it is worth contrasting the unproductive use of $18 billion tax dollars that ICE has commanded on an enforcement roid rage with the agreed-upon economic stimulus that would be provided by an immigration reform package.

5 thoughts on “The Immigration Industrial Complex”