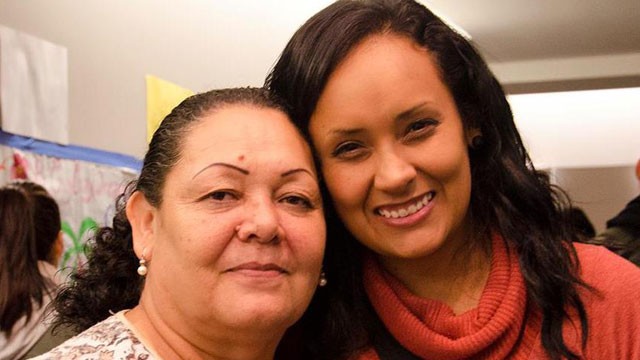 Those of us on the East Coast woke up this morning to the news that Maria Arreola and her son Heriberto Arreola were arrested in their home Thursday night by Immigration & Customs enforcement in Phoenix, Arizona.  Another day in immigration, where ICE enters people home’s homes and removes individuals who have done little more than entered into or remained in the country without permission.  Yep, this was a normal case except that Maria is Erika Andiola’s mother and Heriberto is her brother.  And Erika is one of the most, to paraphrase Junot Diaz, activistingest activists of activism on immigrant rights and reform and by the time ICE officials in Washington had their morning coffee, their inboxes were full of email, the phones full of messages and their press representatives scrambling to figure out what happened in Arizona.  Why is it always Arizona?

Well, it did not take long for the ICE brass to realize something was dreadfully wrong.  After all, the Director of ICE states that ICE has priorities and those priorities were securing the homeland, protecting the national security, keeping our communities secure, and maintain the integrity of the immigration system.   Memos have been written!  Trainings have been held!  Testimony has been given!  ICE is going to focus on the worst of the worst.  ICE is going to engage in smarter law enforcement and target those who threaten our national security and our public safety.  Fifty something women who entered illegally and never left and their teenage son are not considered priorities!

Evidence seems to point to another circumstance where ICE agents in a district far away from Washington went about their business without regard to the multiple expressions of policy from headquarters.   As readers of this page know, much of the ICE bureaucracy has been in open rebellion against the political leadership since the President took office and his ICE Director assumed control.  In addition, by mid morning, ICE had reversed itself.  An ICE spokeswoman stated: “One of two individuals detained by ICE in Phoenix, AZ has been released. The other individual will be released imminently. Although one individual had been previously removed from the country, an initial review of these cases revealed that certain factors outlined in ICE’s prosecutorial discretion policy appear to be present and merit an exercise of discretion. A fuller review of the cases is currently on-going. ICE exercises prosecutorial discretion on a case-by-case basis, considering the totality of the circumstances in an individual case.”  Maria was on a bus heading to Mexico when she learned of the stay of removal.  Looks like Phoenix ICE was trying to get her out as fast as possible before Washington could react.

I really hope that there was a lot of anger at ICE headquarters when they learned of the actions.  I hope that phones were slammed down and much screaming occurred.  I hope that people within ICE headquarters said “This is it!  This is the last straw.  Heads are going to roll!”  By now, it should be perfectly clear to the ICE political leadership that they are dealing with a rogue agency of bureaucrats who are in open contempt of the policy decisions of their bosses.  Moreover, the ICE bureaucrats do not have the courage to quit their positions and make a political stand.  They sabotage from the inside.  This is known as contempt and insubordination and it can no longer be tolerated.  ICE Director John Morton should demand the resignations of the Phoenix Field Office Director and anyone else who participated in this tragicomedy.  And if he can not do this, the President is the one who should be demanding Morton’s resignation.

4 thoughts on “Someone(s) at ICE Needs to Be Fired”