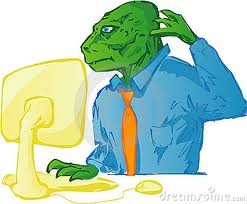 We have heard lots of talk about the need for bipartisan immigration reform in the new Congress.  We have heard that Senator Lindsey Graham (R-SC) will work with Senator Charles Schumer (D-NY) on a new bill for introduction in the Senate.  The Senate was five votes away from passing the DREAM Act in 2010, so it is possible to believe that the new political reality has jolted preservation-minded conservatives in the Senate to support common sense immigration reform.  But what about the House of Representatives?  What about the Tea Party supported freshman class determined to oppose compromise at all costs.  Well, their leaders seem to be telling them to compromise, but will they?   While Hannity and Krauthammer may be thought leaders in the GOP, they do not actually get a vote.

Speaker John Boehner “expressed optimism” that immigration reform could pass this Congress.  Well, he should know.  It is his caucus in the House that needs to be pulled along, kicking and screaming, to get common sense immigration reform through the House.  The restrictionists are counting on the Republican majority in the House to be their firewall against reform.  NumbersUSA president Roy Beck, a restrictionist, told the Los Angeles Times, “We have quite a bit of assurance that comprehensive immigration reform won’t pass the next Congress.  All of this is just national talk.  The House is not about national talk. It is about one district at a time.”  What gives Beck such confidence?  For one thing, the House has a 93 member “Immigration Reform Caucus,” dedicated to promoting the worst nativist and restrictionist views on immigration.  Many caucus members, such as Lamar Smith (R-TX) and Steve King (R-IA), have held leadership positions on immigration issues.  Second, the Chairmanship of the House Subcommittee on Immigration is due to pass to Rep. Bob Goodlatte (R-VA), another anti-immigrant zealot (his check for membership dues in the caucus must have bounced, as he is not a member).

Who is Mr. Goodlatte?  He is a ten term Congressman from Virginia Shenandoah Valley, which lies between the Blue Ridge Mountains and the Appalachians and was where a friendly population helped Stonewall Jackson defeat much larger Union armies.  On his webpage, Mr. Goodlatte writes of immigration:

Legal immigration has blessed our nation with talent, diversity, and a commitment to freedom and the rule of law.  However, illegal immigration mocks that law and our system of justice.  It is estimated that there are over 10 million illegal aliens currently living in our country.  Illegal immigration costs our taxpayers billions of dollars every year, while taking jobs from law-abiding citizens and legal residents.  We must crack down on illegal immigration and enforce our current immigration laws.  In addition, we must not grant amnesty to individuals who have broken our laws.

Mr Goodlatte also brags about supporting all of the terrible ideas on immigration that have enthralled the most extreme elements of the Republican party.  If Republicans think that immigration reform is their way to a more electable future, it will not be achieved with dinosaurs like Goodlatte leading the way.

If the Party is serious about changing its tune on immigration, it would do well to marginalize extremists such as Goodlatte, Steve King and Lamar Smith and to empower those few moderates, such as Mario Diaz-Balart (R-FL) and Chris Smith (R-NJ), who have positive track records on immigration.  In addition, last week’s victory by Cathy McMorris Rodgers (R-WA) over Tom Price (R-GA) for the fourth top Republican slot augurs well that the GOP leadership is serious about marginalizing its extremists.

One thought on “On Dinosaurs- Can Immigration Reform Pass the House?”