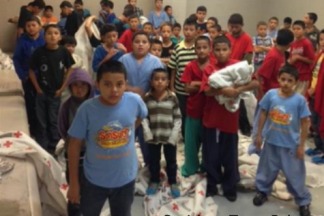 Media reports over the weekend indicate that the Obama administration is reacting in the worst way possible to the influx of unaccompanied minors along the Southwest Border.  As the prospect of comprehensive immigration reform dies and leading House GOP members call for removal of Deferred Action for Childhood Arrivals (DACA) grantees, the administration, once again, seeks to placate the most anti-immigrant portions of the population.  Such a move is consistent with the administration’s long-held, and far too long stuck to, policy of ratcheting up enforcement to appeal to the nativists in the House GOP, hoping that this show of good faith would get them to support CIR.
Ever heard of Mo Farah? If you watched the London Olympics last summer, the name likely rings a bell. Mohamed “Mo” Farah is a Somali-born British track and field superstar. He is the current Olympic champion at the 10,000 meters and 5,000 meters. He is also World Champion and European Champion at the shorter distance. A few days ago, he was appointed Commander of the Order of the British Empire (CBE) in honor of his athletic achievements.