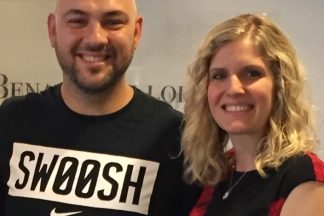 This month we are thrilled to recognize Milan Stankovic as our client of the month.  After filing his I-589 asylum application and three evidentiary filings, several hours of grueling interviews, numerous status inquiries, and six long years of seeking protection in the United States, Milan has finally been granted asylum.  Milan, previously a professional soccer player and small business owner in his home country of Serbia, fled his home in 2011 following years of brutal violence against him. 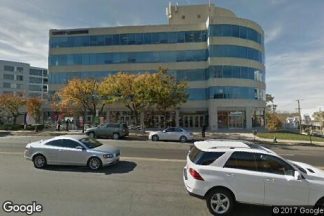 Boxes are full and stacked.  Art is off the walls.  Copies of the Immigration & Nationality Act from 2012 have been donated (although it is not like Congress has made many changes to the Act).  Several hours of discussions with telephone providers, IT specialists, movers, and real estate professionals have all led up to this moment: we are moving out of 1333 H Street, NW as of August 30, 2017. 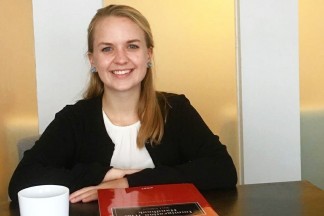 I’m Sophie Macklem-Johnson, and I am about to be a senior at Grinnell College (Dree’s alma mater). I am majoring in History and Spanish, and have a concentration in Latin American Studies. I have been speaking Spanish and learning about Latin America since I was started Kindergarten at a Spanish immersion elementary school in Minnesota. I am sure my parents couldn’t have foreseen how much of an impact their decision to send me to this public school rather than the one in our neighborhood would have on my worldview, values, and career aspirations.
My name is Jane Vukmer, and I am a third-year student at the University of New Hampshire School of Law. This summer, I worked as the Trans Asylum Fellow for Benach Collopy and Whitman-Walker. The Benach Collopy and Whitman-Walker legal partnership provides pro bono legal services to transgender asylum seekers who have been victimized, abused, tortured, and persecuted in their country of origin. I have had the great privilege to work on seventeen different asylum cases involving transgender women from Central America who fled their country due to persecution based on gender identity. 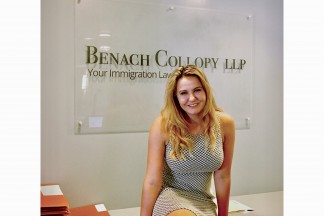 Just a few short months ago I was studying abroad and living in Madrid, having never lived in the United States under the new Trump administration. Every night I would watch headlines about the new administration’s policies in relation to immigration streaking across the screen and I would sigh with frustration and shame as my host family would question how I felt about everything. Earnestly, I was downtrodden and felt rather helpless and complacent in the way that I was not doing anything constructive to help the situation—I really just wanted to know what I could do. 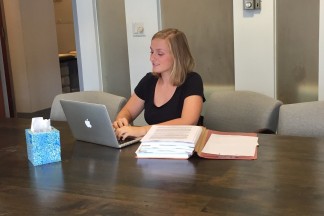 Immigration in Iowa: Countering Dominant Narratives by Lily Hamilton* *Lily Hamilton is an intern at Benach Collopy where she works on asylum issues, LGBT immigration issues, and the fine art of satisfying the Immigration Court Practice Manual.   I stumbled across an article awhile back on the New York Times site that sparked my interest. As a native Iowan, naturally any article from the Times mentioning my home state would give me pause. 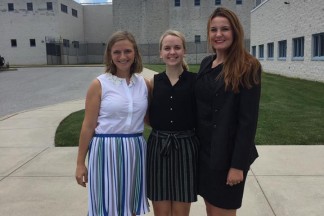 It’s intern week at Benach Collopy!  During this week, we spotlight the work that our interns have done over the summer.  We show some of their personalities, their goals and the hard work that they put in for us and our clients. This summer we have had three interns and a fellow (hashtag idea!).  When looking for earnest young talent, Benach Collopy draws on one of our most productive wells- Iowa. 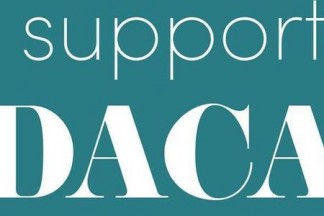 The future of President Obama’s program, Deferred Action for Childhood Arrivals (DACA) is the subject of intense speculation and even more significant anxiety. Worry over the fate of the program increased significantly this week after Secretary of Homeland Security General John Kelly told the Congressional Hispanic Caucus that it was not clear that DACA could survive a court challenge being threatened by ten states against the program. 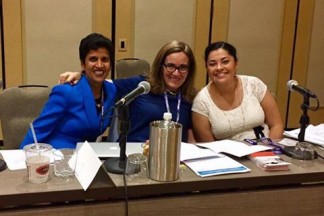 Last week, Benach Collopy attorneys Ava Benach, Dree Collopy and Adi Nuñez  traveled to New Orleans to attend the 2017 Annual Conference of the American Immigration Lawyers Association (AILA).  As we approached New Orleans, we knew that we were flying into a storm, literally and figuratively.  Tropical Storm Cindy stood menacingly off the shores, while the hurricane that has been this administration was blowing all around us. 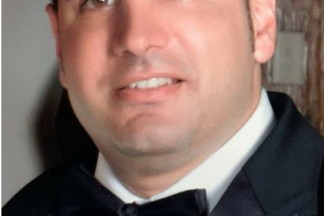 There are moments in life when the true nature of something is revealed in the fog.  Sometimes, an object will only reveal itself slowly as the fog lifts.  Other times the object shines brightly cutting through the fog with its clarity. For example, as the evidence of Russian interference and espionage in the 2016 Presidential election mounts, the true nature of the Russian government is becoming increasing apparent to many in the U.S.