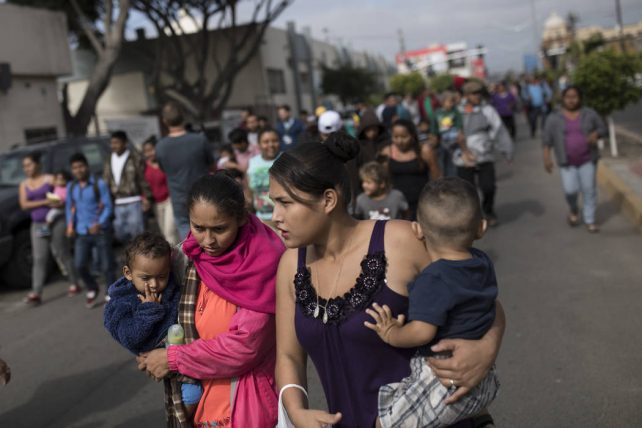 The Caravan is made up of immigrants fleeing violence and political instability in the countries of the Northern Triangle.  They have banded together to protect themselves from smugglers and drug traffickers that prey on migrants.  Many of the immigrants in the Caravan are women and children.  As the Caravan has moved northward, it has attracted the attention of the Trump administration.  The President has dedicated multiple tweets to the Caravan, using the spectacle of refugees fleeing violence as a rationale for his wall.  The President cast the caravan as a serious 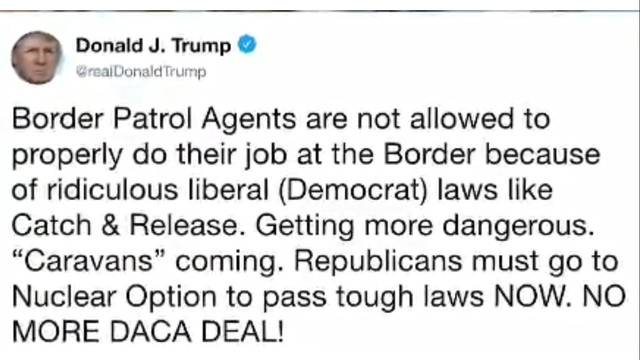 national security risk and lamented that U.S. law limits his ability to keep them out completely.  During the past few weeks as the talk of the Caravan maintained a steady beat, leaks sprung from DHS indicating that the DHS would potentially separate parents and their children when they arrived at our orders.  More recently, the Secretary of Homeland Security, Kirstjen Nielsen, issued a proclamation stating that the government would prosecute people caught trying to enter the U.S.  The Secretary advised that the government would prosecute false statements, human trafficking, and illegal re-entry with unusual vigor.

Thus, as a dwindling number of immigrants seeking refuge crawled to the U.S. border, the world’s last-remaining superpower warned of the national security threat of a couple of hundred exhausted and hungry migrants. The Secretary announced that Border Patrol officers, ICE agents, asylum officers, immigration judges and even the national guard, were being deployed to address this existential threat to America.

The Caravan arrived in Tijuana over the weekend.  Immigrants in the Caravan presented themselves to U.S. border officials at the San Ysidro crossing between the U.S. and Mexico.  They asked for the opportunity to seek asylum.  However, the U.S. Customs and Border Protection (CBP) agents told them that they were “all full” and could not accept any applicants.  As the 150-200 migrants congregate in Tijuana, hoping for a chance to apply for asylum, we write to clarify some points that may have gotten lost in Presidential tweets, Fox News panic, and general bloviation. 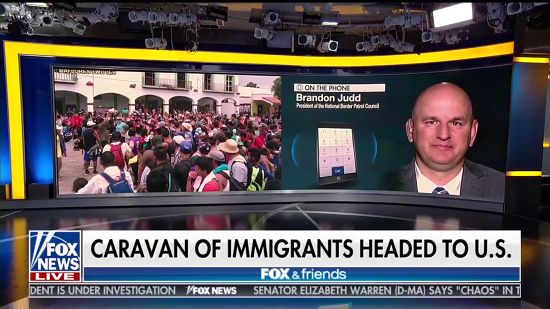 Violence.  El Salvador, Honduras and Guatemala have been dominated by gangs such as MS-13 and MS-18.  These gangs are American inventions which have flourished in Central America 0over the last two decades as the U.S. deported thousands of Central Americans who fled the civil wars of the 80s and early 90s.  The gangs have proven to be very difficult for the national governments of Central America to control.  They act as quasi-governments, levying extortionate taxes, killing with impunity, infiltrating all aspects of life and threatening all those who challenge their power.  Women and children have been disproportionate victims of their avarice and have been targeted for violence because they are women or children.  Indigenous people and LGBTQ+ people are also 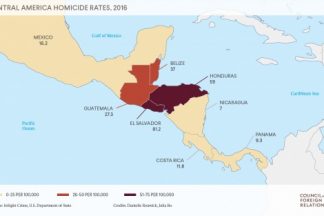 regular victims of the violence occasioned by the gangs.

Asylum is a form of protection created by the Refugee Convention of 1950 and incorporated into the Immigration & Nationality Act of 1965.   The convention and the U.S. statute require the 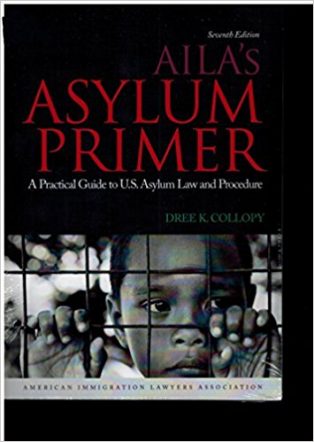 government not return someone to a country if they are a refugee.  A refugee is defined as any person who is outside any country of such person’s nationality and “who is unable or unwilling to return to and is unable to or unwilling to avail himself or herself of the protection of that country because of persecution or a well-founded fear of persecution on account of race, religion, nationality, political opinion or membership in a particular social group.”  If a person satisfies the definition of refugee and does not fall within the exclusions to asylum (persecutor of others, conviction of particularly serious crimes), U.S law requires the government to offer the protection of asylum to that individual and their immediate family.

The INA states “Any alien who is physically present in the U.S. or who arrives at the United States (whether or not at a designated port of arrival and including an alien who is brought to the U.S. after having been interdicted in U.S. or international waters), irrespective of such alien’s status may apply for asylum in accordance with this section or, where applicable, section 235(b).”  The INA provides for an expansive right to seek asylum.  It refers to “any alien” and specifically refers to arrival at a port-of-entry.  It also allows for people who have evaded inspection to seek asylum.  Caravan members are presenting themselves to border officials at the port of entry at San Ysidro and requesting asylum.  This is legal.

An individual who is arrives at the United States must be allowed to apply for asylum.  CBP officers are trained to inquire whether individuals at a port of entry have a fear of returning to their home country.  Any expression of such fear obligates the U.S. to treat the applicant for admission into the U.S. as an asylum seeker.  Adult applicants for asylum will bed taken into custody in the U.S. until they can have a preliminary hearing on their claim to asylum.  This preliminary hearing is conducted by specially trained asylum officers from the U.S. Citizenship & Immigration Services.  These  officers must determine whether an individual has a credible fear of persecution suggesting that they may be able to present a cognizable asylum claim.  This is a screening tool to determine whether the person articulates sufficient information that could form the basis for an asylum hearing.  If the individual does not pass the credible fear interview, they will generally be summarily excluded from the U.S. and returned across the border.  If the individual passes a credible fear interview, they will be placed into removal proceedings where they can make their claim in front of an immigration judge.  They are eligible to be paroled into the U.S. and released from custody to appear at a removal hearing in the future.  Children are not supposed to be detained.  The law requires that CBP turn them over to a family member or the Office of Refugee Resettlement of the Department of Health and Human Services.  Children do not have to go through the credible fear process and get to present their asylum claims to the asylum office, despite being placed into removal proceedings.

No.  Nothing in the law states that bureaucratic inadequacy or administrative incapacity relieves the U.S. government of its statutory obligations.  The U.S. is obligated by law to allow “any alien who arrives at the U.S.” to apply for asylum.  For an administration that likes to talk about the rule of law, that law requires them to process these individuals for asylum in an orderly and humane way.  The U.S. can not simply state “we’re closed” and turn asylum seekers away. 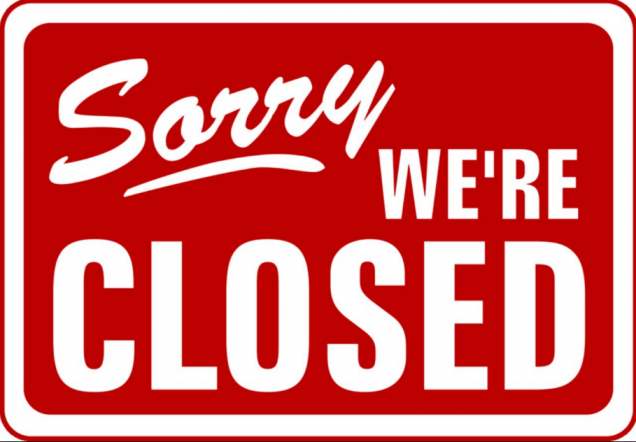 The U.S. has resources to address this group of 150-200 asylum seekers.  Immigration routinely rounds up hundreds of undocumented immigrants in the interior to process them for deportation.  They should be able to accommodate this small group of people.  The law requires it.