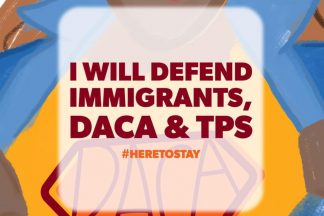 be painful to so many.  It is only wanted by the most extreme elements of society.  In other words, it has all the hallmarks of a Trump administration policy.

But for all the weakness and fear it represents, we know the Dreamers too well to think that this will send them into hiding.  Rather, we think that the perhaps apocryphal words of Japanese Admiral Yamamoto may be most appropriate.  He, according to legend, said upon the bombing of Pearl Harbor:  “I fear we have woken a sleeping giant and filled him with a terrible resolve.”  Dreamers forced President Obama to create DACA.  They forced Trump to agonize, back-pedal, shapeshift, contort and squirm over their fate.  The cause of the Dreamers is being taken up by all sectors of society.  No serious individual, no individual whose brain is not warped by hate and fear, believes that DACA holders should leave their homes in America.  Trouble is, of course, that many of those unserious individuals warped by hate and fear are in the White House, the Department of Justice and Congress.  But they will lose.  Because the Dreamers themselves are, as our Liana Montecinos said,  made of an “ironclad soul” and the cause of Dreamers is righteous and just.  And we have terrible resolve.

What can be done?  In short, a lot.  Let’s start with what the administration did.  The administration announced the “wind down of DACA.”  They are not revoking DACA for anyone right now.  That is the “great heart” portion.  The plan is to allow DACA classification and work authorization to expire when it naturally does.  There will be no opportunity for DACA recipients to renew these work authorization.  However, there are a couple of limited exceptions.  First, currently pending applications for DACA will be adjudicated as normal.  Second, anyone whose DACA expires between September 5, 2017 and March 4, 2018 must file for a renewal by October 5, 2017.  Approved renewals will be valid for two more years.  Advance parole applications for DACA holders will be denied. 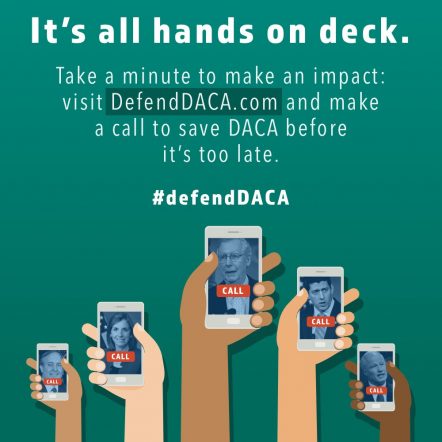 Without the protection of DACA, DACA holders will be subject to the same sort of enforcement that the general undocumented population endures.  This means that they could be the subject of targeted raids, in which they are sought by ICE, or as “collateral” to other ICE enforcement operations.  “Collateral” as it relates to immigration refers to individuals who are not the subject of a raid but are encountered by ICE in the execution of a raid.  Such individuals actually make up the bulk of ICE arrests in enforcement operations.  For example, ICE announces that they are looking for gang members.  They enter a neighborhood looking for a specific person.  They don’t find that person, but they find his ex-girlfriend and her mother, who are undocumented.  ICE then arrests the girlfriend and the mother and announces success in their mission.  The girlfriend and the mother are what is termed “collateral.”

Individuals with removal orders are at the highest risk.  If a removal order has been entered against you, it means that ICE can remove you from the U.S. without going through any other sort of legal process.  It means that you are likely in a database maintained by ICE and should you come to the attention of ICE, they will likely detain you and begin to seek your removal from the U.S.  You do not have to be brought before an immigration judge before ICE can remove you.  Removal could follow in days or weeks after an encounter with ICE.

Individuals with removal orders should see an attorney right away.  There may be options to eliminate the removal order.  To eliminate a removal order entered by an immigration judge, you must go back to that judge and ask her to reopen your case.  As a general rule, you can only ask an immigration judge to reopen a case within 90 days of the entry of that removal order.  It is safe to say that no current DACA recipient has a removal order entered in the last 90 days.  There are limited exceptions to the 90 day limitation on reopening.  First, there is an exception to apply for asylum based upon changed circumstances in the country of nationality.  Second, there is an exception if ICE agrees to reopen the case and both parties ask the judge to reopen.  Third, a judge may reopen a case based upon her own motion.  We do not expect that ICE will be agreeing to lots of joint motions to reopen, but the first and third options are ones that need to be seriously explored by all DACA recipients.  A lawyer can review your personal circumstances and advise whether seeking reopening is a good idea for you.

Also, while not specifically relief, ICE, generally bears the burden of proving the deportability of an individual placed into removal proceedings.  There are many procedural rights that an individual in removal proceedings has which are often let slide during normal times.  These are not normal times.  Insistence upon ICE’s scrupulous adherence to the rules of seeking removal is more important than ever.    If ICE is going to put lots of people into deportation proceedings, it is inevitable that they will make many mistakes.  A skilled lawyer can ensure that your rights are preserved. 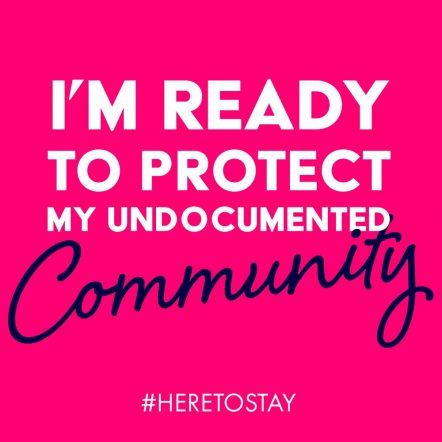 Opportunities outside of removal proceedings

There may be other options.  This can not replace speaking to a qualified attorney.  These are desperate times and the need for skilled advocacy is at its greatest.  Benach Collopy lawyers have been fighting for Dreamers for over a decade and know that the battle is now upon us more clearly than it has ever been.  Dreamers made DACA happen and how you answer this moment will shape the future for immigrants in America.  We are proud to follow where you lead.