In Avendano-Hernandez v. Lynch, the U.S. Court of Appeals for the 9th Circuit ruled today that the Board of Immigration Appeals (BIA) made an error of law in denying protection under the Convention Against Torture (CAT) to a transgender woman from Mexico who had been sexually assaulted and raped by members of the Mexican police and military.  Apparently, an immigration judge and the BIA got it so wrong that it took an appeal to the Court of Appeals (a step below the Supreme Court) to reach the right decision. 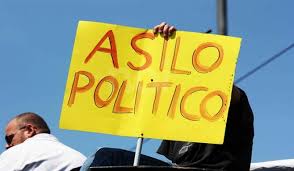 Evin Avendano-Hernandez sought protection from return to Mexico.  After a lifetime of physical violence, abuse, and harassment, Avendano-Hernandez entered the U.S.  She developed an alcohol problem and was convicted of felony driving under the influence and causing physical injury to another.  After serving her sentence, she was deported to Mexico.  The Court of Appeals describes what happened to her in Mexico:

One evening, when Avendano-Hernandez was on her way to visit family in Oaxaca’s capital city, armed uniformed police officers stationed at a roadside checkpoint hurled insults at her as she walked past them. Four officers then followed her down a dirt road, grabbed her, forced her into the bed of their truck, and drove her to an unknown location. Shouting homophobic slurs, they beat her, forced her to perform oral sex, and raped her. One officer hit her in the mouth with the butt of his rifle, and another held a knife to her chin, cutting her hand when she tried to push it away. After the assault, the officers told her that they knew where she lived and would hurt her family if she told anyone about the attack.

Not surprisingly, Avendano-Hernandez quickly returned to the U.S., where she felt safer, but not before she was sexually assaulted by Mexican military near the border.  In the U.S., she was arrested for not complying with her probation (even though she had been deported).  In removal proceedings, Avendano-Hernandez sought withholding of removal, a form of protection from return to a country where one is likely to be persecuted on account of race, religion, nationality, political opinion or membership in a particular social group. A person is ineligible for withholding if the immigration judge concludes that she has been convicted of a particularly serious crime.  The judge and the BIA held that Avendano-Hernandez’s crime was “particularly serious.”  The Court of Appeals left that decision alone, concluding that it did not have the authority to reweigh the factors that go into the determination and that it was committed to the BIA’s authority.
In regard to CAT, the BIA found that, although Avendano-Hernandez was raped and assaulted by uniformed members of the Mexican police and the Mexican military, “no evidence showed ‘that any Mexican public official has consented to or acquiesced in prior acts of torture committed against homosexuals or members of the transgender community.’  Say what?  The BIA seemed to require not only that an individual be tortured by government officials, but also that all higher-up officials also offer affirmative consent or acquiescence.  That is not the law, as the 9th Circuit pointed out.
Also, the 9th Circuit rejected the BIA’s assertion that these acts of torture were simply the work of rogue officers.  “The record makes clear that both groups of officers encountered, and then assaulted, Avendano-Hernandez while on the job and in uniform.  Avendano-Hernandez was not required to show acquiescence by a higher level member of the Mexican government because an applicant for CAT relief need not show that the entire foreign government would consent to or acquiesce in [her] torture.”
Importantly, the 9th Circuit also admonished the Board for failing to tell a difference between transgender individuals and gay or lesbian individuals.  The BIA relied on laws intended to protect gay and lesbian people from violence and discrimination to show that conditions on the ground for transgender Mexicans had improved.  The 9th Circuit included very strong language that should help the BIA and immigration judges around the country better understand the nature of transgender protection claims:

Yet significant evidence suggests that transgender persons are often especially visible, and vulnerable, to harassment and persecution due to their often public nonconformance with normative gender roles.  Country conditions evidence shows that police specifically target the transgender community for extortion and sexual favors,and that Mexico suffers from an epidemic of unsolved violent crimes against transgender persons. Indeed, Mexico has one of the highest documented number of transgender murders in the world. Avendano-Hernandez, who takes female hormones and dresses as a woman, is therefore a conspicuous target for harassment and abuse. She was immediately singled out for rape and sexual assault by police and military officers upon first sight, and despite taking pains to avoid attracting violence when she attempted to cross the border, she was still targeted. Avendano-Hernandez’s experiences reflect how transgender persons are caught in the crosshairs of both generalized homophobia and transgender-specific violence and discrimination.

The 9th Circuit’s final conclusion makes it clear that transgender asylum cases must be viewed through their own prism and not as a subset of LGBT generalizations.  “The unique identities and vulnerabilities of transgender individuals must be considered in evaluating a transgender applicant’s asylum, withholding of removal, or CAT claim.”
Amazing that it needed to go all the way to the 9th to figure this out.  Then again, the government did need the Supreme Court to tell them that a sock was not drug paraphernalia.  Congratulations to Ms. Avendano-Hernandez and her team of excellent lawyers for righting an incredible wrong.