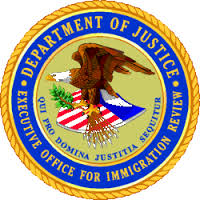 The Board of Immigration Appeals has finally given in to the overwhelming weight of the opinions of nine circuit courts of appeals (there are only 12 of them) and accepted the proposition that a permanent resident who received his residence through adjustment of status and was later convicted of an aggravated felony may seek a waiver of inadmissibility under Immigration & Nationality Act sec. 212(h).  In Matter of J-H-J-, 26 I.&N. Dec. 563 (BIA 2015), the BIA withdrew two precedent decisions, Koljenovic and E.W. Rodriguez, and changed its tune: “Given the overwhelming circuit court authority in disagreement with Koljenovic and E.W. Rodriguez on the basis of the plain language of the statute, we will now accede to the clear majority view of these nine circuits.”

Under the Board’s decision, it is now national law that a permanent resident who obtained his status through adjustment of status is not barred from seeking a 212(h) waiver due to conviction for an aggravated felony.  Given that this was already the law in nine circuits and only the eighth circuit had held that such individuals were ineligible for the waiver, it is tempting to ask what is the big deal?

First, it makes a huge difference to the people living in the Eighth Circuit (North and South Dakota, Iowa, Minnesota, Nebraska, Missouri, Arkansas)  as well as those who live 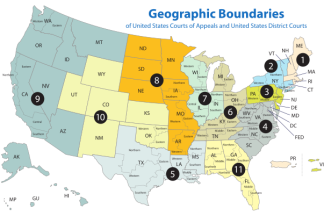 in the First Circuit (Massachusetts, Maine, New Hampshire, Rhode Island, Puerto Rico), which had not weighed in on the issue.  For individuals in those ten states, the BIA’s decision in E.W. Rodriguez foreclosed 212(h) availability to all permanent residents convicted of aggravated felonies.

Third, this shows what creative and committed lawyering can accomplish.  Today’s decision is the culmination of lawyers bringing cases challenging the Board’s interpretation across the country.  It required coordination and perseverance.  That hard work will have the benefit of helping many more families stay together and, perhaps, even reunite some.

We have had success in immigration court seeking the 212(h) waiver for permanent residents convicted of aggravated felonies and hope that this expansion allows us to bring that relief to many more families across the U.S.