In December, the U.S. Senate confirmed Sarah Saldaña to be the first Hispanic woman to lead Immigration & Customs Enforcement.   It was an exciting moment in immigration politics.  Political paralysis had doomed immigration reform by Congress.  The Morton era at ICE had produced record levels of deportation.  Young undocumented immigrants forced the President to acknowledge them and enact DACA, which proved wildly successful.  In response to the failure of Congress to enact reform, the President announced his executive actions to shield many millions from the threat of removal.  Republicans were livid and nearly shut down the Department of Homeland Security over the President’s plan. With all sides in the immigration universe warring, perhaps it is no surprise that the President picked Saldaña who had no immigration experience. at the time of her nomination and confirmation.

It was very naive to nominate someone to the Director of ICE who had no immigration experience.  ICE has spent the last six years in open rebellion against the administration’s directives to take a more humane approach to immigration enforcement.  A number of bureaucrats in ICE, working with anti-immigrant zealot and frequent courtroom loser Kris Kobach, even sued the administration to stop the implementation of DACA in 2012.  Someone without immigration experience is bound to rely upon the judgment of those career bureaucrats within the agency 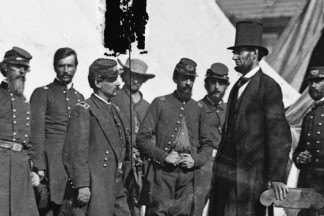 for guidance and direction in judgment.  The greatest failures of the U.S. Civil War occurred when Lincoln was, early in his Presidency, too deferential to generals like George McClellan.  Saldaña, naturally, lacks her own experience to stand up to bureaucrats who have made their political preference for mass deportation clear, a fatal flaw at this pivotal moment.

Johnson’s report turned out to be a firebell in the night.  Stories began surfacing that ICE was taking a real hard line in cases that seemed to be the perfect cases for the exercise of discretion. Super lawyer Matthew Kolken began documenting these cases and reporting on them, creating sufficient credibility that Jose Diaz-Balart of MSNBC asked the President about them in an interview, who responded that there would be consequences for ICE officials who did not follow the administration’s priorities memos.

The reality of the ICE enforcement spree hit home in the past couple of weeks:

Earlier this week, ICE deported a Mennonite pastor and father of four United States citizens, Max Villatoro, to Honduras.  ICE called the Iowa pastor a priority for removal due to two convictions from the late 90s– one for driving under the influence and the other for a false statement to get a drivers license.

ICE calls Omar Lopez, a Spanish citizen, a priority for removal because he overstayed his period of admission by a few months and is detaining him outside of Buffalo NY despite a U.S. citizen wife and step-daughter.

Pedro Rivera Martinez is the father and grandfather of several U.S. citizens and should qualify for DAPA.  He was arrested this month by ICE for a misdemeanor charge from the 1980s and a removal order from 1986.

This enforcement spree is part of what ICE has called “Operation Cross Check.”  ICE has splashed around headlines about how it has rounded up 2000 “criminal aliens” and that ICE was focusing on the “worst of the worst.”  Of those 2000, approximately half were individuals with misdemeanor convictions, such as driving without a license and driving under the influence.  The President has asserted that the priority would be “felons, not families.”  ICE’s actions demonstrate the opposite- that ICE is operating again without limit and seeking mass deportation.