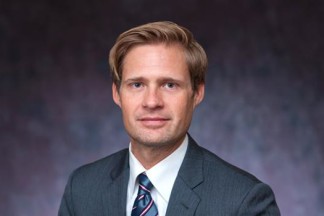 Dr. Carl Anders Härdig is our client of the month for December 2014. Dr. Härdig came to the United States as a 2005 Fulbright scholar and entered on a J-1 visa to complete his training in international relations. As a Professorial Lecturer at the American University School of International Service, he has been acclaimed for his scholarly work studying social movements and grassroots mobilizations in the Middle East and North Africa (MENA) region. His work helps to understand and identify ways in which such movements may lead to effective coalition building for positive democratic change and may also yield stability and peace in an otherwise volatile region, the instability of which is of great concern to the policy and national security interests of the United States.

When Dr. Härdig came to us, he was facing the need to return to Sweden, his home country, for two years, where he would be separated from his wife and daughter who reside in the United States and where he would not be able to continue his important scholarly work in helping policymakers understand how to approach seemingly impossible political contexts in a region that is of direct importance to U.S. foreign policy. Many individuals like Dr. Härdig, who train in the United States on J-1 visas, must return to their home countries for two years before obtaining a new visa to continue living and working in the United States. The purpose of this requirement is to facilitate the exchange of ideas, and it may only be waived in certain circumstances – for example, if the individual’s home country does not object to him remaining in the United States and issues an official statement confirming the lack of objection. Dr. Härdig had received a no objection statement from Sweden and applied on his own for a waiver of the two-year foreign residency requirement. However, since Dr. Härdig came to the United States as a Fulbright scholar, the U.S. denied his waiver application, asserting that, despite Sweden’s lack of objection, Dr. Härdig must return to Sweden for two years in order to fulfill the spirit of the Fulbright Program.